Musician Sia recently released a film called Music which caused controversy in the autism / neurodiversity community as it features an allistic actor playing an autistic character. Sia caused further offence by talking about levels of functioning and at one point called an autistic actor who said they would have liked to have been cast in the film as ‘a bad actor.’ This post isn’t going to be all about ‘what Sia did’ but the situation does highlight a big issue in the autism community and the disability community more broadly – that of representation in media and representation generally.

We are influenced by what we see on TV and in movies and the lyrics we hear in music. This seems to be particularly true for younger people. As autistic people we benefit from seeing those of our neurotype in popular culture. Popular culture at the moment is full of autistic characters. From Atypical to The Good Doctor to The Big Bang Theory, autistics are part of the popular culture world, but how many autistic characters are actually played by autistic people? Not many it would seem. Even when autistic people are cast in autistic roles it is often in a tokenistic manner. This is certainly not due to a lack of autistic entertainers. There are loads of us out there! People like Susan Boyle, Ladyhawke, Dan Ackroyd, Hannah Gadsby, Carly Fleischmann and James Durbin.

Until relatively recently, just having an autistic character in something was seen as a win for the autistic community, but we have definitely moved on from that in recent years. It is not enough for a character to be autistic – the person playing them should be autistic too. Not casting autistic people for autistic roles sends a very strong message around the capability of autistic people. It demonstrates a lack of respect for the autistic community. Would a movie director put a white actor in blackface? Of course not! If they did it would rightfully be viewed as extremely offensive. Why then is it OK to cast allistic actors for autistic roles?

For us mere mortals who view movies and TV and don’t actually make them ourselves, seeing an autistic actor playing the role of an autistic person can be a huge plus. Often actors and musicians are role models, especially for younger people, so autistic performers in the public eye is a great thing. And it doesn’t just relate to entertainment. Representation is about a lot more than just movies and TV. An Aboriginal friend once said to me ‘if you can’t see it you can’t be it.’ She said this in relation to Indigenous people in roles in the public service, but it is relevant for any group that faces disadvantage, including neurodivergent people. If we cannot see autistic people in all the various roles in society, from business to politics to the arts, then it is that much harder for autistic people to follow their passions. In fact, autistic people representing across society can put the seed of a future career or direction with an autistic child or young person or an adult too.

Representation matters. Autistic people in positions of influence make a huge difference. These people are breaking down barriers for those coming after them. Every time an autistic someone sees a Hannah Gadsby or an, I Am Cadence or a Dan Ackroyd, they are seeing the strength and capability of autistic people. And every time an allistic actor is cast in an autistic role the opposite is true. Instead of being empowered we are given the message that only neurotypical people can play such roles and through implication that autistic people are less competent. A lack of representation can impact negatively on the confidence and the dreams and aspirations of autistic people.

Many years ago I spoke at a conference. There was one main speaker who was a neurotypical expert and four autistic speakers. The conference went for two days. Each autistic speaker got allocated ten minutes and we were instructed to talk about our life stories. I felt very much like my fellow autistic speakers and I were just the ‘colour and light’ and that the ‘real’ information was viewed by conference organisers to be coming from the neurotypical speaker. I didn’t know how to respond to this. I had the chance to represent but only for ten minutes and only in relation to my own life story (which incidentally takes considerably more than ten minutes to tell!!). I felt like I was representing but in a very minor and restricted way. In more recent times I have spoken on all sorts of topics and my life story is rarely requested. I get to represent in a more real and genuine way and it is good. I just hope that things continue to change, especially in the entertainment industry, because they really need to. And I won’t be watching Sia’s movie until she remakes it and casts an autistic person for the lead. 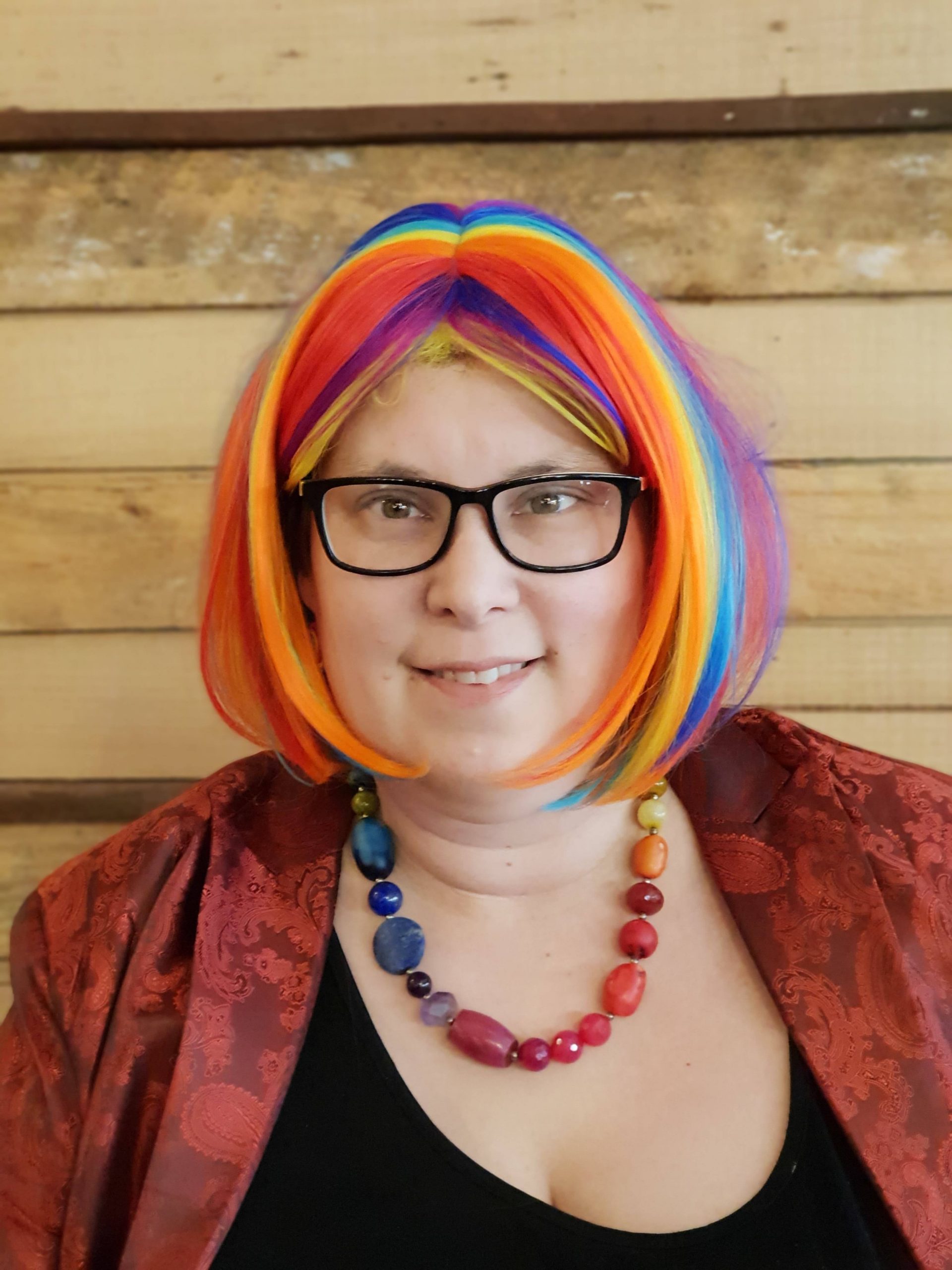 Yenn is an autistic and non-binary author, public speaker and community leader who also has a diagnosis of schizophrenia. Yenn has written eight published books and is a regular blogger. Yenn was the 2016 ACT Volunteer of the Year and won the 2019 ACT Chief Minister’s Inclusion Award. Yenn has also presented at TEDx Canberra and as a keynote speaker at a number of events.