Being born autistic in the 60’s put my life on a trajectory of unknowns. Although there were hints about the way my brain was wired – they were misunderstood back then.  People couldn’t figure me out. I couldn’t figure me out. The comments I heard the most were: ‘you are so quiet’, ‘you are too sensitive’, ‘you should try to make friends’, and ‘can I copy your homework?’.

‘You are so quiet.’  I’ve heard this statement so much throughout my life I could scream, but that would be uncharacteristic – wouldn’t it?  One of the great mysteries of my life is why so many people thought they needed to tell me I was quiet.  Yep, I already knew, thanks!  It’s not that I didn’t have anything to say – I did.  I was just waiting for interesting, meaningful conversation.  Small talk did not appeal to me in the least.  I never understood talking just to talk, so I didn’t join in.  Was I the arrogant, snobby, aloof person everyone thought I was? Or, was this quirk of mine an indication of a social communication disorder to be diagnosed decades in the future? I didn’t know back then.

“You are too sensitive.”  Yes!  I was.  I had no idea I experienced the world differently than my peers.  I thought everyone heard the same intensity of sound, felt the same aversion to touch, was repulsed by certain textures of food, and/or had an extraordinary sense of smell.  Were these hyper-sensitivities the result of a finicky, picky, bratty kid?  Or were they clues to a sensory disorder to be diagnosed decades in the future? I didn’t know back then.

“You should try to make friends.”  Ya think? 🙂  I felt like retorting – “You should try to fly.” I didn’t see anyone else asking the impossible of others. I had absolutely no clue how to make a friend. How to fit in. I was missing something. I was different. Odd. An outcast who felt she had somehow been born in the wrong century or millennium or dimension.  Was this struggle evidence of something inherently wrong with me? Or possibility a differently-wired brain to be understood only after decades of research and awareness?  I didn’t know back then.

“Can I copy your homework?”  It’s really the only time the other kids talked to me.  Yes, you can copy my homework.  A connection?  No. One of the skills I did have – to learn information – was being exploited by my peers.  Not celebrated.  Not accepted.  Exploited. I could at least pretend in the moment that I was a part of the class.  Then, after copying my homework, I was ignored until they needed me again.  Was this evidence that I could somehow fit in, even if it was just to share my homework? Or was I always going to be marching to the beat of a different drummer?  An unknown drummer that might actually have a name.  I didn’t know back then.

Life went on like that until – four decades, seven years, and 6 months went by (ironically in the same month of my birth) I got some answers.  I was given a name – Asperger’s Syndrome. At long last I met the drummer whose beat I had always marched to.  Yes, I was quiet, I was sensitive, I did have trouble fitting in, and I was gifted with a bright intellect.  I was an Aspie!  Cool.  Now, I do know.

After working as a software engineer for a few years in the mid-eighties, Lisa stayed home after her first child was born for the next thirteen years homeschooling her kids.  Now, four kids later and a master’s degree in the Art of Teaching, she has taught in different school settings for 15 more years.  After experiencing the loss of her husband of 29 years to suicide, Lisa authored, Living Through Suicide Loss with an Autism Spectrum Disorder (ASD).  Now, Lisa, an autistic adult diagnosed late in life, has become an advocate for other autistic adults who have had similar experiences.  She has started a conversation with several nonprofit organizations in the US to help enhance the suicide prevention and postvention resources to be a better fit for autistic adults, as well as, to spread awareness of the resources available to the autism community. 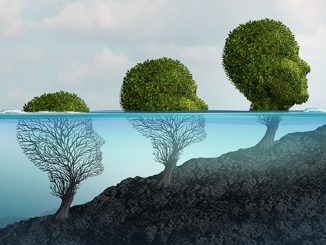