Recently I was asked to sit in on a meeting between an autistic parent and the managers of her child’s home mental health support team. The parent was having trouble communicating her concerns to the in-home supports. It had become frustrating for both mom and team, and services had ceased. Mom wanted to continue finding ways to help her son and also had to have information from the managers to help her process what had happened. Though considered a neurotypical person, I am fortunate to have some ability to translate between the neuro-typical and autism worlds. So I went.

We neurotypicals have issues!

While mom presented her concerns efficiently, the two managers failed to re-state or clarify what she’d said. Instead, they defended their staff against things that mom never said in her statement. Mom tried to clarify, but was overridden by lots of words that didn’t really mean anything. They were giving platitudes (which might be a whole other traumatizing issue.)  Both Mom and I engaged in a form of training to the managers, i.e., “Here’s why showing up late or not at all, with no phone call can be disconcerting to an autistic parent, or “Misunderstanding about my viewing my son’s records leads me to believe…”, and “Trust is an important building block because…”.  Mom was validated in these specific issues, then minimized by excuses of under-staffing and under-funding. Mom was told things like that the agency didn’t know Mom had autism (great masking, right?) until Mom mentioned it in an episode of frustration (wasn’t it in the file? Didn’t anyone read the background before writing a treatment plan?)  and that the agency couldn’t be responsible for mom’s mental health issues (!) or for the relationship between mother and child.  Since the relationship was the reason they were there in the first place, both mom and I were taken back.  Then, the kicker…”It’s clear that it’s a personality problem at work here.”

Is that it? Is that why autistic adults have so much trouble getting their needs met by the mainstream world?  When autistic adults try their best to relate their struggles, their needs, and their skills, – and neurotypicals don’t understand or are inconvenienced by needing to learn – is the problem chalked up to “personality problems?”  Is it because the mainstream is the entity with the power that the ‘problem’ is automatically assigned to the divergent thinker? It seems to me that the problem was misidentified.

And yes, for anyone who doesn’t know, there’s actually a patient’s bill of rights (42 U.S. Code 9501. Bill of Rights.) Its purpose is to make sure that “mental health patients receive the protection and services they require” among other things. That means when a contract is made for services, the professional is agreeing to provide those services identified in the contract; it assumes the professional has examined the degree of protection and services the client will need and agreed that they can provide them. It does NOT include any language – either stated or assumed – like “, ‘… when or how it’s convenient for the provider…,’ or “… if the patient is considered a ‘good’ patient.”

Secondly, autism is not a personality problem. Autism is a difference in brain structure that causes differences in communication, social interactions, and cognitive processing.  Differences.  Different abilities require different approaches. A different approach requires awareness and creativity.  It requires critical thinking skills and teamwork. It requires the service provider to slow down their own thinking by just a few seconds so as to recognize their own expectations and shift them.  No judgement – just a desire to do an efficient and effective job for the person in front of them.

In my experience, the problem is more likely in the mainstream: because we have the social power that being in the majority affords us, we have become inured to other people’s needs. Perhaps we prefer ease over interest. Indeed, we tend to see others as we see ourselves, according to our own individual perceptions rather than from another person’s point of view. This, combined with a personal schema (which is an individualized way of organizing knowledge that helps us understand and respond to common situations – generally without having to think about it) means that behaviors and needs lying outside of our usual expectations require extra from all of us. Yes – from all service providers.

Autistic people, and indeed any divergent thinkers, don’t need pity or patronizing; they need providers who recognize and understand, with a willingness to learn and think creatively – who want to be a team in solving the patient/client/citizen’s needs, defenses aside. They need us providers to move toward their world, rather than “helpers” who require them to fit into ours.

Understanding autism means finding personal humility and knowing autistic people give extra every second of every day, with no chance of getting an emotional or mental break. An autistic person presenting for any form of help – from bill paying to arranging health care – has already given so much extra today.  As providers, we have much power that we can use to step outside of ourselves and see – really see – the person before us… as they are; not as we want them to be – as they are – affording them dignity and compassion deserved by most humans. While consistent practicing of this outlook is likely to benefit the autistic population, I believe that the mainstream would be far more enriched.

So, for the new year, I propose that we in the mainstream endeavor to help ourselves by seeing and learning with humility, recognizing our ableist expectations of autistic people, and challenging ourselves to make the world a more welcoming and hospitable place for our autistic counterparts. Let us hold ourselves accountable for our disinterest, lack of knowledge, or outright mistakes rather than making excuses or blaming things on another person’s label. The neurotypical thinker’s problems belong to them, not to the people they purport to help. 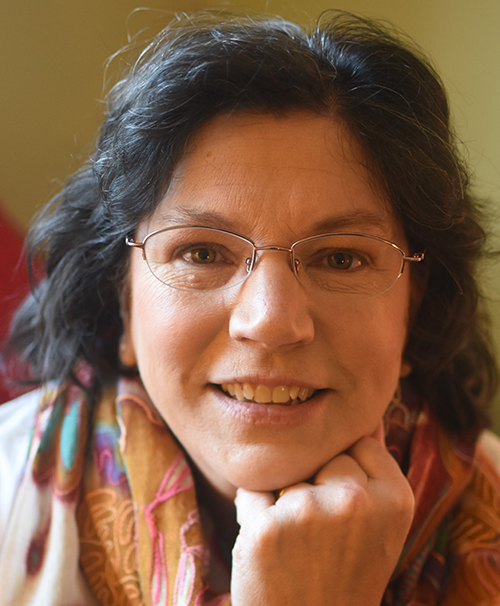 Dr. Donahue earned her doctoral degree in Counseling Psychology from the University at Albany, State University of New York. She maintains a clinical practice specializing in grief and trauma. As well, she works toward helping adults later in life who may fall on the autism spectrum, particularly as it relates to development of major mental health issues such as post traumatic stress disorder and suicidal ideation. Though an adventurous and happy traveler, Dr. Donahue is always glad to return home to Southern Maine where she resides with her partner and extended family. 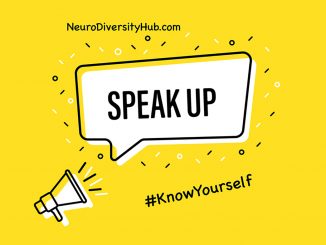