Over the last year I’ve been on a path of understanding myself and my place in the world in an entirely different way than before. Last year I received my autism diagnosis, and earlier this year, it was confirmed that I also have ADHD. Finally, in my early forties, I now have a language and understanding of experiences which have confused me my whole life. Somewhere at last to sensibly organise that bundle of personal oddities and self-enquiries I’d buried deep inside and tried to cover up.

For the most part, when I was young, I got by okay enough. In childhood, it was socially acceptable for me to daydream, say random stuff and escape to a make-believe world in my mind. Mostly, I could allow myself to express freely and go with my own flow. Gradually however, as I got out into the world, I quickly learned that this untethered version of me was unacceptable, odd and frequently repellent to others. For some reason or another, family members, teachers and other adults frequently took it upon themselves to point out that, there were two versions of me, and they weren’t at all delicate about suggesting which one was preferable.  I was told I had so much promise, but I was wasting my talents. I could go far in life, but I was too lazy. I could get much better grades, but I needed to try harder and concentrate more. I could be pleasant and get along with others, but I was too sensitive and emotional. I could be all of these things if I really wanted them enough and just tried harder.

All of these “buts” I heard carried with them that same subtle, unstated implication: stop being this version of yourself when you could be the other one. Growing up as an undiagnosed autistic child with ADHD, I learned to pull myself together and present the most palatable version of myself to the world. Desperately failing to fit the socially acceptable expectations of “the norm”, I eventually learned I needed to keep tight control on myself to fit in. I became very adept at the art of masking my autism to the point where I no longer had a sense of myself under the performance. It was safer to mimic others, suppress aspects of my autism and not cause a fuss. Inside, the true me was desperately screaming.

Maintaining neurotypical standards was, of course, impossible. I tried so hard This involved an exhausting list of tasks: endless analysis of social interactions, constant questioning as to whether I managed to get through an event without incident. I’d rehearse all the angles of upcoming situations to best avoid all the worst possible outcomes I could predict. It was a lot, and inevitably, I would crash into depression and disappear from life for weeks, or months at a time. After a period of hibernation and restoration, I’d spring again from my retreat and throw myself back into life, until I burned out again and the cycle repeated. I eventually forgot about myself, stopped asking what I wanted to be, what I wanted to do with my life, and I learned to keep my life as small and predictable as possible.

Knowing what autistic masking is, has made it a lot easier to spot when I’m doing it, but, it is not so easy to change. I find myself automatically slipping into a people-pleasing role very quickly. I can lose myself, disconnect from what I truly want and concede my viewpoint too easily at times when I don’t feel safe. Feeling like I need to people please and present an inauthentic and disembodied version of myself is frankly very tiring and often puts me off making or maintaining connections.

As I increasingly take baby steps towards living my life more authentically autistic, the perspectives and skills I’ve integrated into my daily life from Acceptance and Commitment Therapy (ACT) have been vital. Working with ACT helps me to find and focus on what is most important to me and to ground my actions in my values and intentions. There is so much that I could share about ACT, and how the skills and outlook have made such a difference to the quality of my life. In a nutshell, ACT helps me to recognize when I’m disconnected from my true self and caught up in stories of who I am “supposed” to be. Using ACT, I can spot when I invalidate or dismiss the true needs of my neurodivergent brain and nervous system by trying to unnecessarily meet normative rules of acting. ACT is something I’m really passionate about sharing with others,

ACT skills have allowed me to take a step back from everything my mind thought it knew about the world as fact. It means paying attention to my thoughts, as just that, thoughts. Nothing more or less than strings of processing material with no beginning and no end. My autistic brain can get very lost very quickly down thinking rabbit holes, feeling that pull to tie up loose ends and fixate on one thought until it makes sufficient sense to let go again. It never occurred to me that I could leave thoughts be, see them from a distance and choose not to get caught up in them. I’ve learned ways to gain some wiggle room from my thoughts so that I can let in other perspectives. ACT has allowed me to gently challenge my own limiting rules about the world and to slowly widen my perspective to include multiple angles and viewpoints.

For example, getting back to those “buts” and “shoulds” that I mentioned were generously dumped on me as a kid. The ACT skill of “unblinkering”, or “defusion”, helps me to notice when I’m getting hooked by thoughts, allowing them to dictate my actions. I watch out for when I “but” myself, and whenever I can, I consciously replace this “but” with an “and” in my inner dialogue. Consistently doing this helps me feel a sense of freedom and empowerment to choose actions in line with my own intentions. For example, say I notice a thought such as ‘I’d love to reach out to connect with others, but I’m too afraid I’ll say the wrong thing”.  I can edit this in my mind to ‘I’d love to reach out and it makes a lot of sense that I worry about saying the wrong thing, as I got that message so many times growing up’. The subtle shift to that latter sentence allows me a sense of more space and freedom. I can compassionately acknowledge and hold my “buts” and still take the action to reach out to someone I want to connect with. Acting with intention, choosing where I direct the flow of my energy and resources, and practising saying no to things that are not aligned with what is important to me.

My life is at its most vibrant when I’m grounded in my body, connected with my personal safety needs in the world, and feel empowered to choose my actions in line with what’s important to me. If I can feel safe in my own skin and be clear that my intentions are guided by something really important to me, it is much easier for me to walk to the beat of my own rhythm, without the need to act or perform to others’ rules and expectations.

Discovering my autism diagnosis has introduced me to a whole other dimension of terms, words and concepts that have helped me make sense of how my brain works and what my system needs in the world. Learning about autistic masking has probably been one of the most painful and liberating experiences on this path of self-learning. Ultimately, getting to know my true self, and staying committed to my own values, helps can finally stop the misery of trying to make myself  fit into pre-existing conditions and neurotypical standards. I can choose to focus on finding my own way in the world wholeheartedly as an autistic person, rather than an exhausted, suffocated version of myself acting for everyone else. 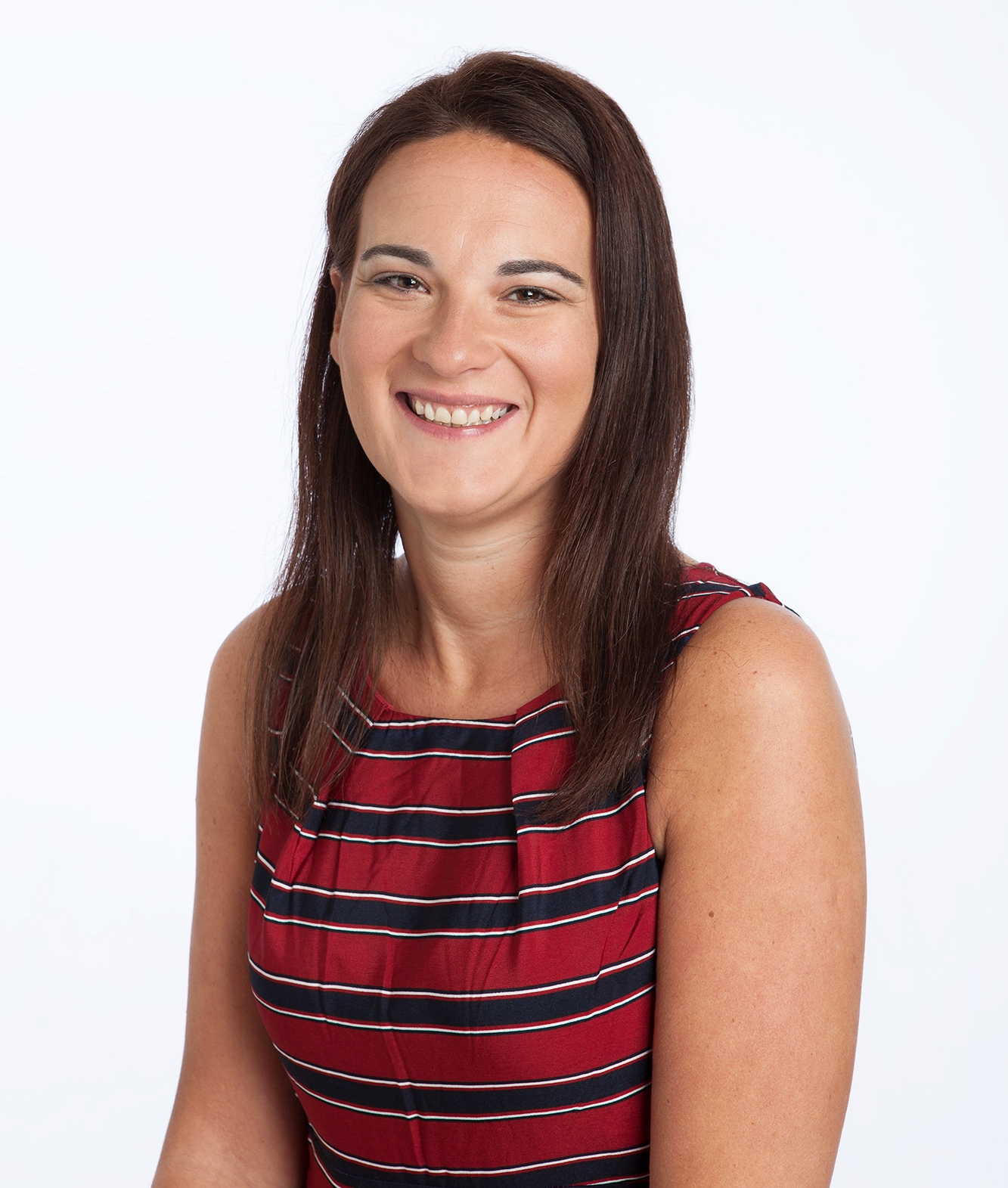 Dr. Trish Leonard-Curtin is a counselling psychologist who lives in Ireland with her neurodivergent wife and five cats. Over the last number of years she has practised using an integration of mostly acceptance and commitment therapy (ACT), compassion-focused therapy (CFT) and body-based modalities of working with complex trauma.

Trish co-authored The Power of Small: Making Tiny Changes When Everything Feels Too Much alongside her wife Aisling. Since her autism diagnosis last year, and ADHD diagnosis more recently, she became increasingly disheartened that the vast majority of autism resources and services did not have much, if anything, to offer autistic adults.

Trish is curious and passionate about bringing her interest in various theories of trauma, along with her own lived experience of complex trauma as an autistic adult, to help understand how we can build a kinder, more compassionate, supportive and understanding world for neurodivergent lived experiences of trauma.