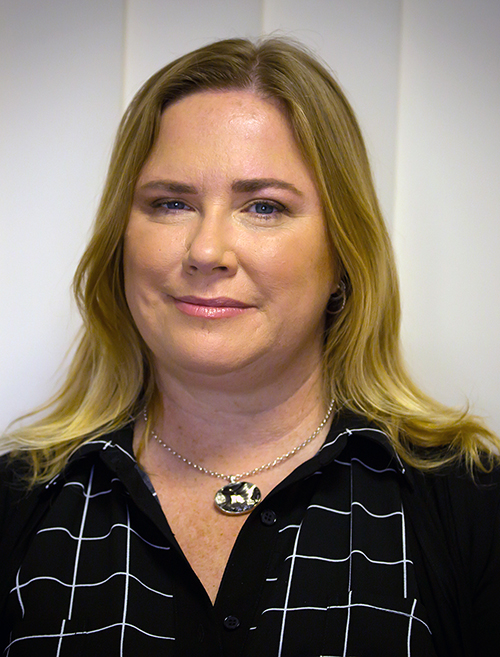 Recently Barb was awarded a Special Commendation in the 2017 Autism Queensland Creative Futures Awards by the Queensland Governor, his Excellency Paul De Jersey. Barb is also currently studying a Master of Autism at the University of Wollongong (Australia) and a businesswoman providing consulting, mentoring and life coaching services as well as workshops, webinars and presentations for the neurodiverse community.

Barb currently rides a Suzuki V-Strom DL1000 called Ron ‘Strom’ Burgundy and implements a combination of her passion for motorcycling with her dedication in neurodiversity advocacy, creating acceptance and pushing for action to improve the lives for women and girls. 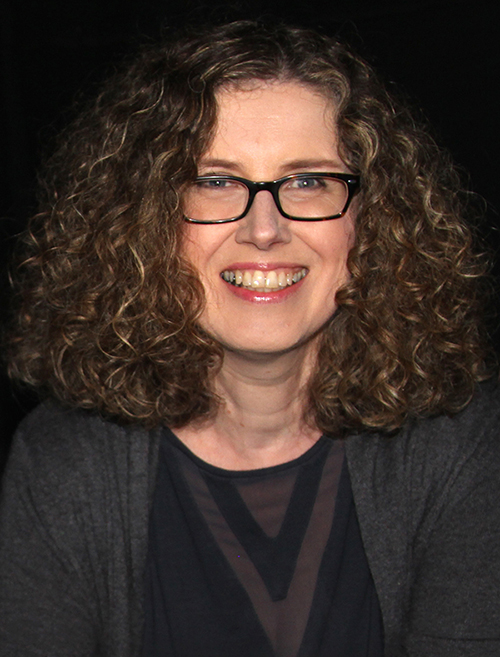 Maura  is from Northern Ireland. She lives with her husband Stephen, her son Darragh, Ash the assistance dog and Baz the cat in the rolling countryside of County Down. She is a senior manager in the Northern Ireland Civil Service and served as a board member of Specialisterne NI from 2014-2016. Maura has

spoken publicly about autism in both a personal and professional capacity and guest lectures at the University of Ulster once a year. She was diagnosed with Asperger syndrome in 2011 when she was 44 years old. Like many adults on the spectrum, she sought the diagnosis after learning that her son was autistic. neurodizzy.blog 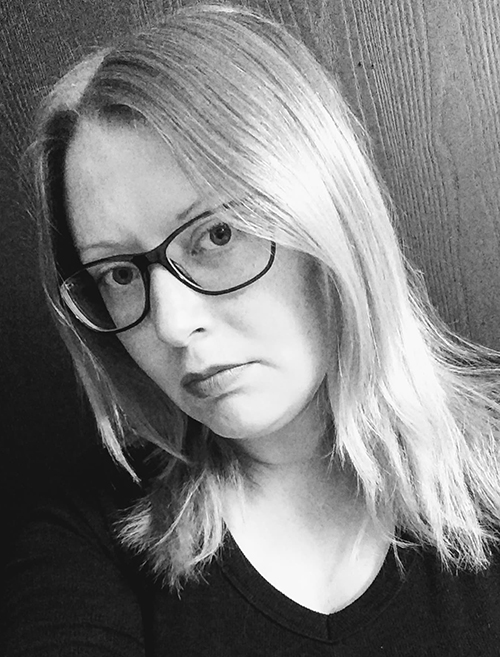 Jen was diagnosed with Asperger’s Syndrome in 1998, back when very few people were diagnosed, let alone females. She has devoted her life to supporting and mentoring children on the spectrum. She currently works as an Education Assistant for the public school system, and respite caregiver and autistic 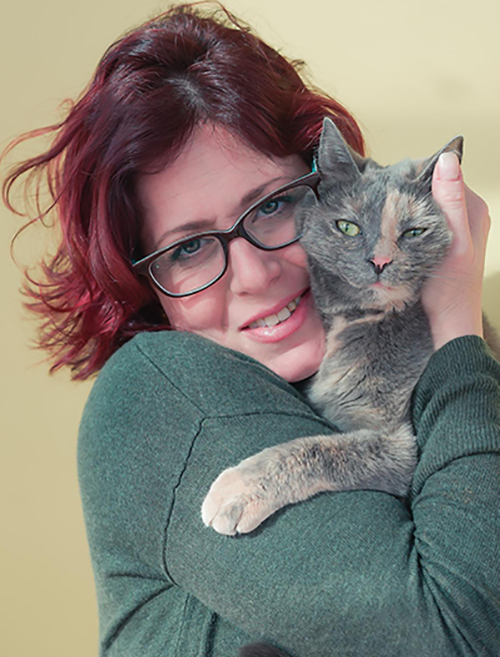 spent four years supporting the autism community in the non-profit sector in her work for grass-roots organizations that provide resources and services directly to individuals on the autism spectrum, their families, and the professionals who work alongside them. Becca left non-profit to pursue dual certifications as an Autism Specialist (CAS) and Cognitive Specialist (BCCS). She now provides supports directly to the autism community as a life coach and by teaching improvisational workshops geared toward assisting teens and adults on the spectrum with the practice of social and independent living skills. She continues her advocacy work through her blogs, public speaking engagements, and the weekly podcast that she co-hosts. Becca is honored to sit on the Advisory Board of the Nassau-Suffolk chapter of the Autism Society of America and the Board of Directors of Different Brains. No matter her role, Becca is dedicated to guiding and supporting individuals on the autism spectrum with unwavering passion and commitment. beccalory.com 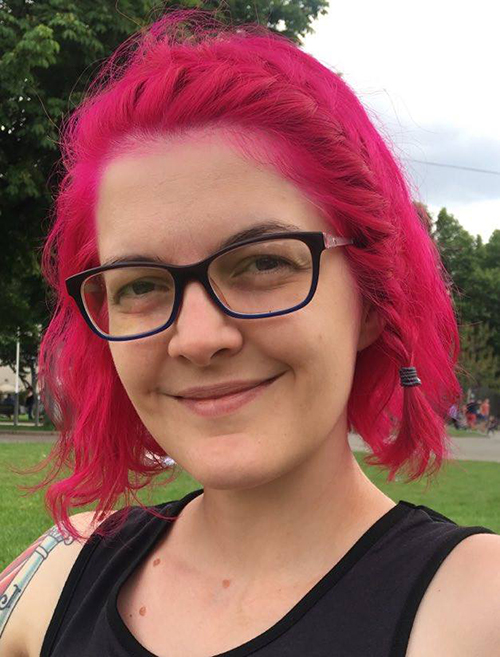 Renata is a 37 year old Aspie, diagnosed in 2016. Mother of three, a 11 year old Aspie girl, 4 year old classic autistic boy and a little baby boy. She learned of her neurology after her son was diagnosed and she started to look deeper into autism, recognizing herself in the process. This followed with the diagnosis of her daughter. She

believes different brains as just different, all with positives and negatives – there isn’t a wrong one. Originally from Brazil, Renata and her family recently moved to Germany. Her special interests are writing, learning languages, games and movies. Contact with nature brings her peace. Her goals are to keep helping others on the spectrum through writing and later as a psychologist, as she intends to go back to college. 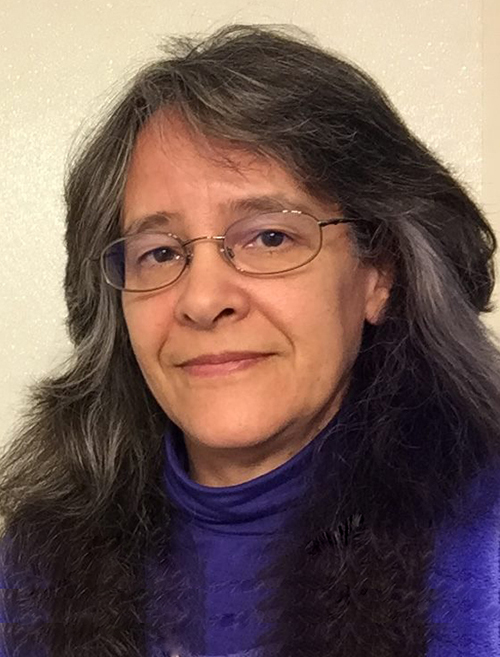 Lisa is author of Living Through Suicide Loss with an Autism Spectrum Disorder, written to help other autistic people find their new normal and know they are not alone.  Lisa is Chair of the AAS supported committee called “Suicide in the Autism Community” whose mission is to help the autism community with all issues pertaining to suicide.  Lisa spoke at the National Academies of Science,

Engineering, and Medicine on the Intersection of Mental and Behavioral Health Literacy as an autistic adult sharing lived experience.  She is a community council member of AASET, a certified autism specialist CAS, and has a master’s degree in special education.  Lisa loves walking in the northeast woods and the rocky coast of Maine where she writes, lives, laughs, and loves making chocolate chip cookies with her boys.

Christine is a certified voice teacher, trained singer and former radio producer with a degree in journalism who also gives piano lessons on her century-old grand. Ms. Jenkins is a peer mentor to many women who suspect they are on the spectrum.  Her current special interests are research into and widespread use of female diagnostic tools,

avoidance of misdiagnosis, and wellness for senior autistics. She speaks at conferences and was interviewed by CBC radio and the Ottawa Citizen. Christine co-founded the Asperfemme support group that hosted their first women’s conference in 2013. Late diagnosed in 2008, she estimates she is in Philip Wylie’s 8th of 9 Stages of Autism, Unconditional Service to Society. Christine speaks French and German (Swiss heritage), loves writing, reading, sewing, hiking, canoeing, tea and cats.  Christine recently co-founded and admins the new group Asperdames for autistic women over 40.
Read more 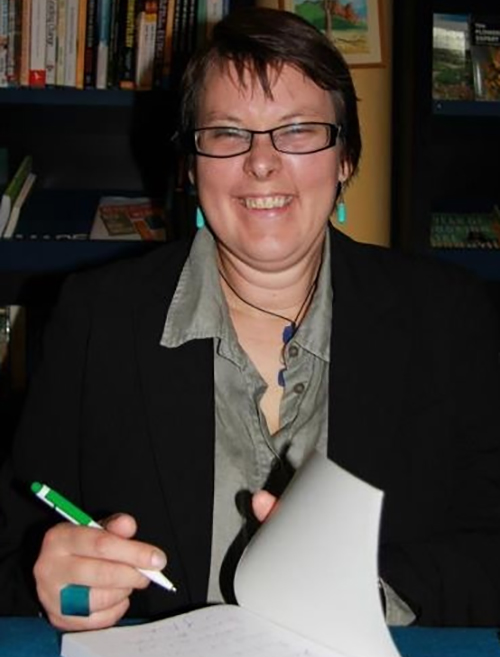 Yenn Purkis is an author, presenter, autism advocate and community leader. Yenn is the author of six published books on elements of autism and has contributed to a large number of journals, books and websites. Yenn is a presenter and facilitator and regularly gives keynote presentations including at the

2013 TEDx Canberra conference. Yenn is a member of a number of committees and reference groups and is has a number of awards for leadership in the community, including the 2016 ACT Volunteer of the Year. yennpurkis.com 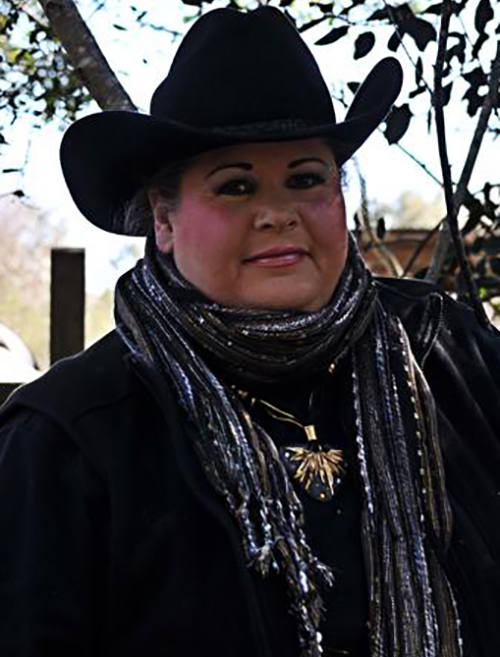 Anita Lesko is an internationally recognized autism advocate who was diagnosed at age 50. Anita earned her Master of Science in Nurse Anesthesia from Columbia University in 1988. She’s been working full time ever since as a Certified Registered Nurse Anesthetist.  Anita was a guest speaker at

the United Nations Headquarters in New York City for World Autism Awareness Day 2017.  Recognizing the need to educate all health care providers about autism, Anita combined her 30 years as a medical professional with her autism to write The Complete Guide to Autism & Healthcare.  Anita is a great friend of Professor Temple Grandin.  From over 60 hours of personal interviews with Temple, Anita wrote Temple Grandin:  The Stories I Tell My Friends.  Working on this book was a life-changing journey. Anita and Temple realized just how much they have in common. Anita is married to her soul mate Abraham, also autistic. You can read about Anita’s job here https://themighty.com/2018/01/the-good-autistic-anesthetist/   anitalesko.com
Read more 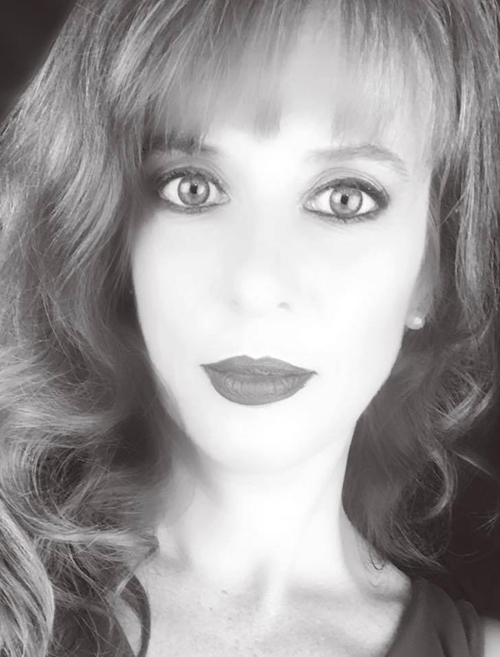 Jennifer O’Toole is the creator of Asperkids LLC,  author of the internationally-bestselling Asperkids book series (2012-15), host of the biweekly YouTube series and podcast, “Speaking Geek,” and an internationally-acclaimed motivational speaker. She was identified as an Aspie in 2011, just after her daughter and sons. Jennifer is a graduate of Brown University, and did her

masters’ work at Columbia & Queens Universities. Her six titles are ALL Amazon bestsellers, including several #1’s and the ASA’s 2014 Outstanding Literary Work of the Year. Jennifer sits on the Autism Society of America’s Panel of People on the Spectrum, a 2015 nominee for CNN’s Heroes, is recognized as one of the “World’s Top Aspie Mentors,” a regular contributor to Amy Poehler’s Smart Girls at the Party, a Kappa Alpha Theta Leading Woman, Make-A-Wish Inspiring Woman, and is the winner of the Temple Grandin Global Contribution Award. She has advised the President’s Council at the White House, addressed Her Royal Highness the Countess of Wessex in England, and was named one of the 50 Most Influential Women in NC. Jennifer is also an award-winning educator and mom of three (awesome) Asperkids.

Jennifer’s upcoming book Autism in Heels coming August 2018, has been already named a Top Feminist Read of 2018 by Goodreads, and delighted to announce that Booklist (the American authority on what books should be purchased by stores and libraries) has JUST given it the coveted “Starred Review” (deeming it “an outstanding literary work” in a genre). 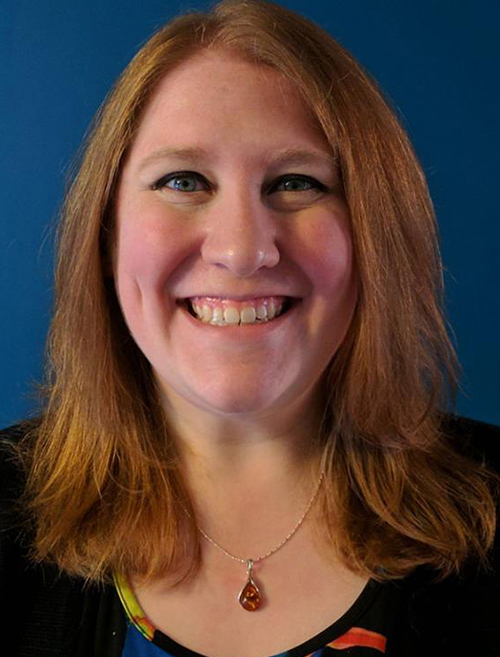 Originally from New York State, Kate studied Psychology & Social Sciences and earned her Master’s Degree in Social Work from the University at Buffalo before relocating to England in mid-2008. She changed careers in 2013 from Social Care to Special Educational Needs & Disabilities, where she quickly

developed a special interest in Autism & Asperger’s Syndrome. After being recommended Rudy Simone’s book Aspergirls in July 2015, her perception and understanding of herself changed and “everything suddenly made sense”. Kate received a diagnosis of Autism Spectrum Condition in August 2016. iammyownexperience.com 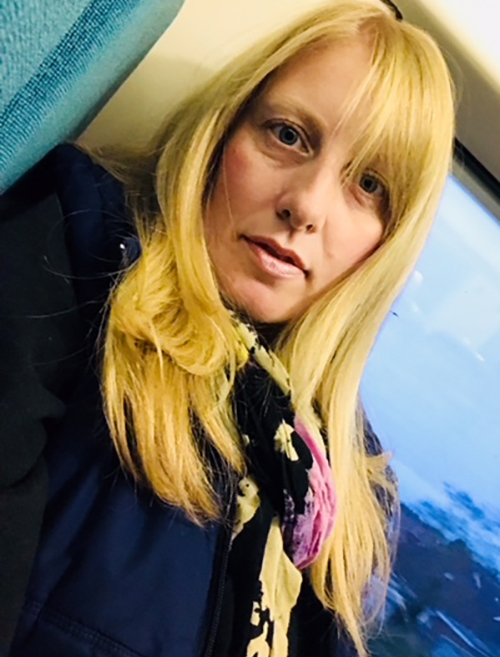 Originally from Essex, Terri now lives in Nottingham UK where she works as an Associate Director at a global pharmaceutical consultancy firm.  Terri loves going to watch motorcycle racing and on the road, rides a Suzuki GSX-R herself. She is learning Muay Thai and has

found this has provided enormous benefits to her balance and co-ordination. Terri also enjoys Dungeons & Dragons, computer games as well as Star Wars and Harry Potter. Terri learned of her autistic identity when she was 33 years old after meeting renowned specialist Maxine Aston, and would not change it for the world. facebook.com/theautistrix
Read more 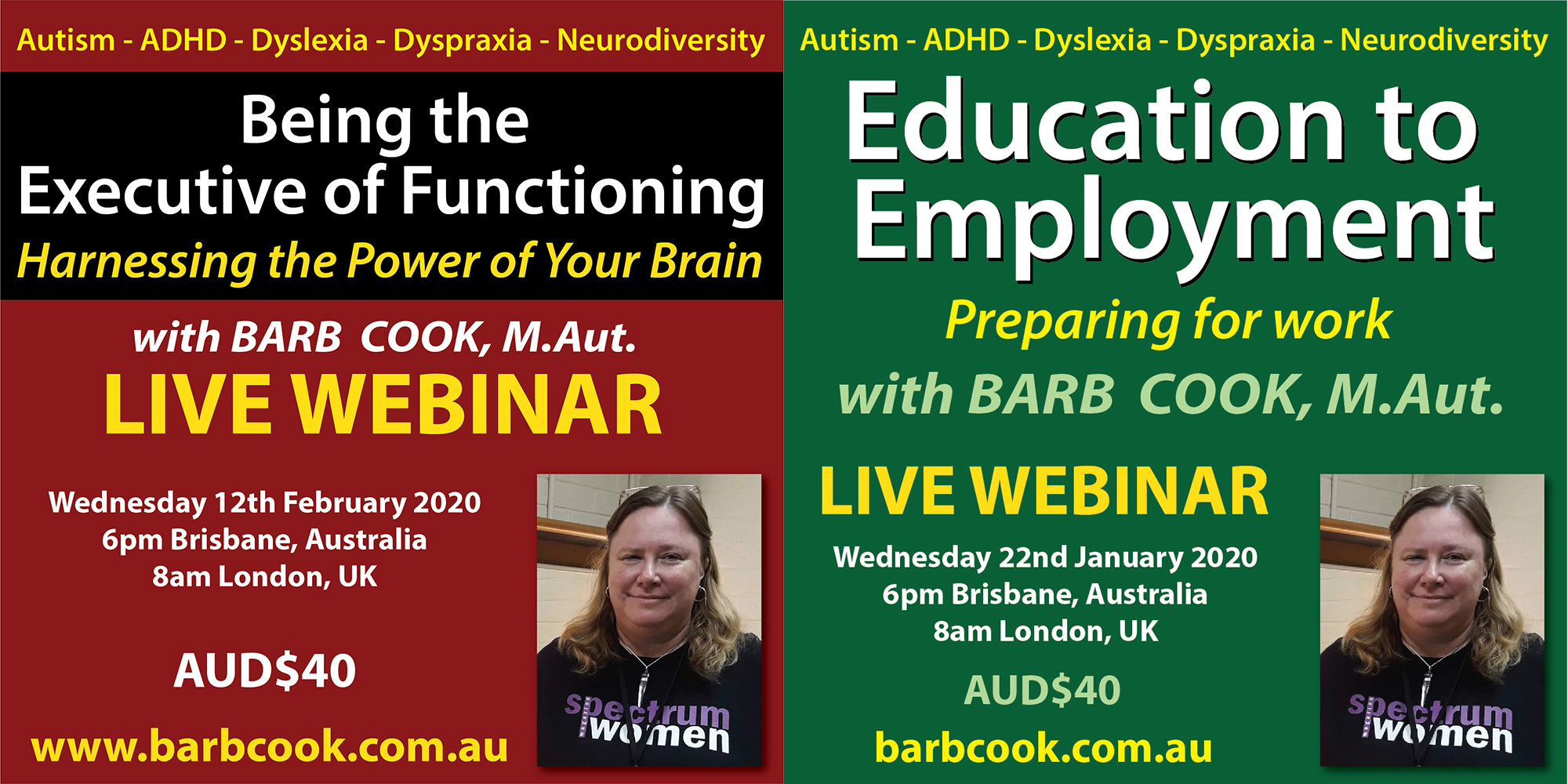 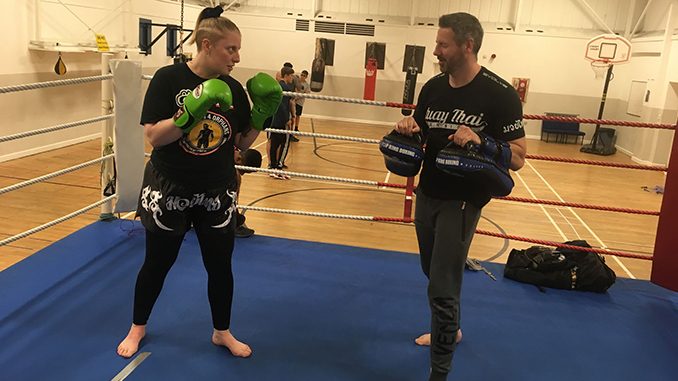 How Meditation Has Helped Me by Anlor Davin 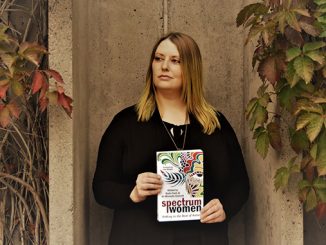