Hello. My name is Jaime, and I am a 36-year-old American woman who was diagnosed with autism spectrum disorder (ASD) a little over a year ago.

That day, April 22, 2015, was the most important day of my life. It was the day that I was finally able to stop pretending to be someone I wasn’t and shine my light out into the world as my authentic self. 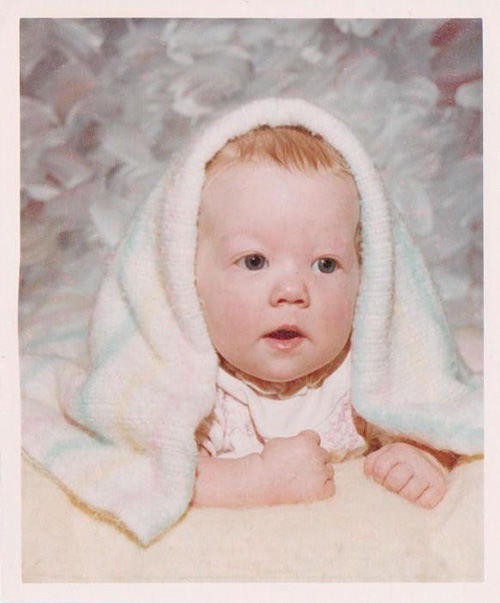 Before that beautiful day, life had been a horrible struggle. I grew up in the 1980s, when the only children who were seen as ‘mentally disabled’ were the ones who attended special classes and needed to wear a helmet to protect themselves.

I still remember those children to this day; the blank stares, the unintelligible words, the unintentional drooling. I don’t recall being afraid of them or disgusted by them. On the contrary, I always wanted to reach out and connect with these children because, even at a young age, a part of me knew we had something in common.
When I was a child, I played mostly on my own. I preferred my own company, shunned loud noises, turned away from the overwhelming odor of other people, and stared off into space, completely oblivious to anyone who might come into my field of vision.

I startled very easily, was baffled by simple instructions, and would often explode into what I now realize were autistic meltdowns.

Here is an example of what triggered them:

Someone would be speaking to me, trying to get me to do or understand something most neurotypical children would have no trouble with, and I would panic as I stared at them, mouth agape, my brain whirling as I desperately tried to figure out what was expected of me.

I was almost always too late. The entire energy of the person would change quickly, their frustration, rage, and disbelief hitting me like a punch to the gut. While I couldn’t read their facial expressions or body language, I felt the sharp crackle of their emotions in the air.

That’s when the disbelieving statements came out, “Oh, come on, Jaime. You’re not stupid!” “You know exactly what I said, you just don’t want to do it.” “If you can get such good grades in school, how come you can’t do [insert simple task here]?” “Nobody believes you. You know that, right?”

At this point, I was so emotionally and mentally overwhelmed that I could no longer communicate in words. The explanations, the pleas, and the questions were all in my head, I just couldn’t get them out. It’s as if my tongue and throat had locked up.

That’s when the meltdowns began. Unable to speak, unable to be understood, and unfathomably confused, I would scream, rock back and forth, beat my chest, bang my head into walls, and sob uncontrollably, unable to do anything to stop it, no matter how much I was screamed at and told I was “dramatic”, “trying to get attention”, or “being a baby.”

Hearing those accusations only made the meltdown even worse. I would get to the point where I would hyperventilate and just stare off into space while tears streamed silently down my cheeks. I disassociated. I knew early on that I wasn’t believed and would not be protected, so my brain did the only thing it could do to defend me, it took me ‘away’.

Unfortunately, this would make me completely miss anything else that was being said to me, and I would often be physically or verbally jolted out of my safe world back into physical reality, my senses assaulted by grabbing hands, loud yelling, verbal abuse, and the smell of breath (which I’m especially sensitive to).

I fared no better in school. While it is true that I got good grades in most of my classes (save math and gym), I had virtually no social skills. I was an eclectic blend of mature, formal speech and immature behavior. Nobody knew what to make of me, and the primary consensus was that my behavior was nothing more than a calculated attempt at “getting attention”.

The most ironic thing about this, is I’ve always been very uncomfortable with attention just for the sake of it. I do not like to stand out.

Remember the staring gaze I mentioned where I would be oblivious to anyone who would walk into my field of vision? I learned early on that staring at other people was considered rude, and kids would bully, threaten, and harass me when I would “look at them”.

I once tried to explain that I was just staring and that they (the kids) didn’t even exist to me, but this only made them want to hurt me more.

About six years ago, I was in a very emotionally abusive relationship. I was far from home, had no support system, and no way out. It was during one of our many arguments that I came up with what I call “The Vulture Comparison”.

I told my partner that having Asperger’s is like walking down the street on a beautiful, sunny day, when all of a sudden, out of nowhere, a kettle of vultures descends on you and begins picking away. When you finally get clear of them and hide, they look at you quizzically and say, “But you brought this on yourself. This is what you wanted.” 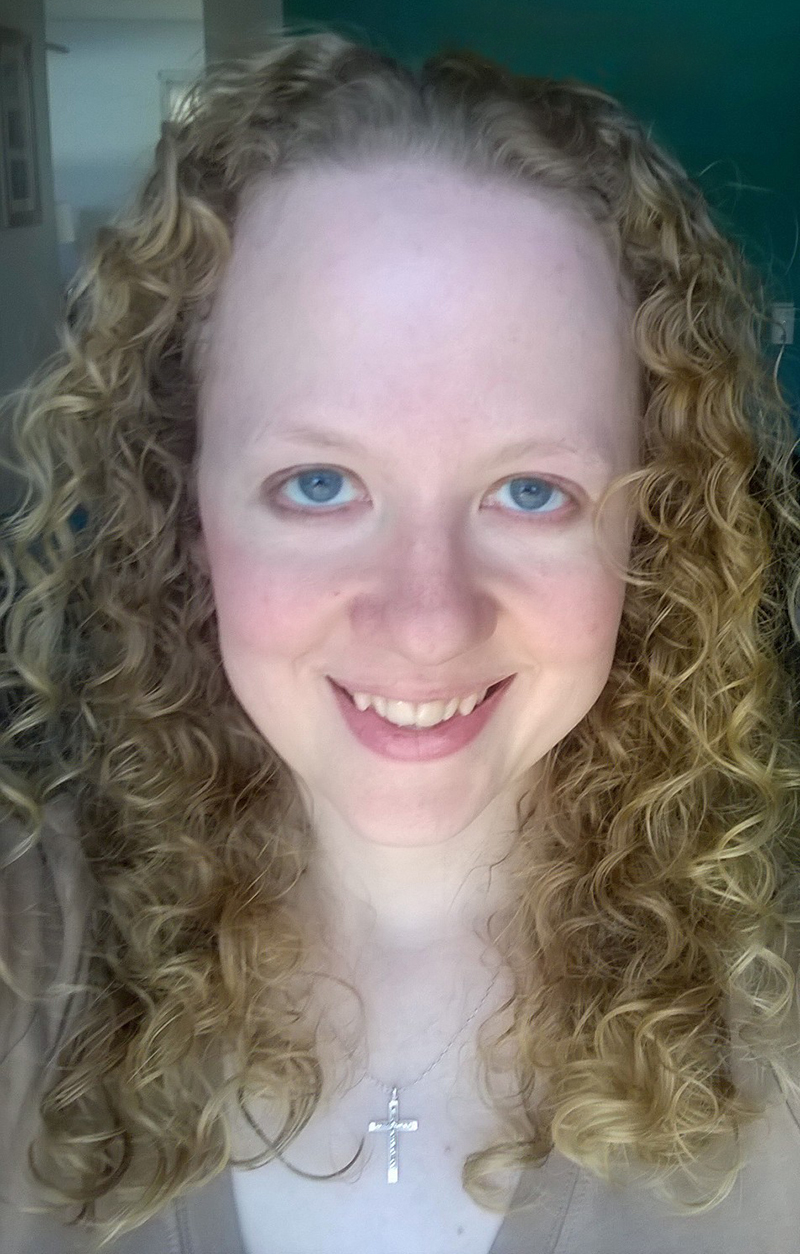 Apparently, my entire life, I was doing, saying, or looking in ways that were inappropriate and insulting. People would try to clue me in with the looks on their faces or the way they moved their bodies, but these social cues didn’t even register. So, my first and only clue that someone was upset with me was when they exploded in frustration and rage (because they thought I had purposefully ignored every other attempt at communication).

Startled and completely baffled, I would ask, “Why are you yelling?”

The person would proceed to tell me that it was my behavior that had caused their reaction towards me, that I had brought it on myself and always did, and I shouldn’t keep acting surprised.

I didn’t understand. I was just walking along that sunny street when the vultures came out of nowhere. And the worst part about it was, I could not protect myself from them. Because I made no connection to my behavior and the appearance of the vultures, I never knew when they would descend and tear me apart.

This is why I have post-traumatic stress disorder (PTSD). I’ve only recently been diagnosed with that, but I strongly believe I’ve had it since childhood.

Unlike most neurotypical children, I could not predict the behavior, nor understand the intentions of others. Therefore, those people were nothing more than unpredictable monsters who verbally abused me whenever the whim took them. I learned very early on in life that I could trust nobody and that it wasn’t ever safe to let my guard down.

As I got older, I became reclusive. I stayed away from most of my family for so long, I became a virtual stranger to them, and it was incredibly awkward for me when circumstances forced me to be around them. Sadly, this reclusive behavior was also misconstrued. Apparently, people thought I thought I was “too good” for them. (Whatever that meant.)

I was just doing the only thing I knew to protect myself. Since I didn’t know what I said or did to make the vultures descend, I decided to not be around them. Therefore, they wouldn’t be triggered by me, and I would not be re-traumatized by them.

(Of course, that plan didn’t exactly work out because instead of awkward family encounters, I ended up in a few emotionally abusive relationships.)

It took me having a nervous breakdown in 2014 to finally, FINALLY get people to believe me and acknowledge what I had been trying to say since 2008 (when I diagnosed myself with Asperger’s).

This is what ultimately lead me to my professional ASD diagnosis and the invaluable protection it now affords me.

These days, instead of putting on a neurotypical mask when I’m around others, I’m simply me. I’m careful to use what I’ve learned about social interactions to make them as smooth and stress-free as possible, but I don’t outright fake it anymore. It was too exhausting, and it was a big part of what landed me in the hospital in the first place.

So, here I am, almost middle-aged, and the vultures have turned into doves who now treat me with kindness and understanding.

In other words, the people who used to rage at, disbelieve, and shun me the most, are now the ones who allow me to be me with no reservations.

And, yes, they are sorry. I felt their guilt hit me like a tidal wave when I finally revealed my diagnoses. Thankfully, my resentment and their guilt are fading away, and after this long, painful journey, the only things remaining are gratitude and love. 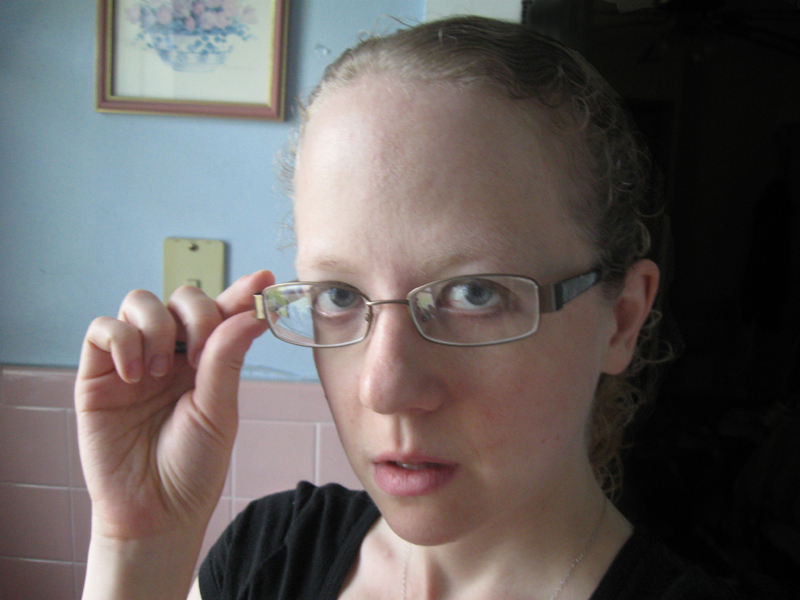 Jaime A. Heidel is a professional freelance writer who writes articles on natural health, nutrition, mindfulness, relationships, and autism. In addition to her ASD and PTSD, she lives with autoimmune diseases that were also not believed or taken seriously by those around her.

Once she was diagnosed with gluten intolerance in 2002, she began sharing her story with the world. Now, a lot of that sharing is done on her personal blog, ‘I Told You I Was Sick‘, a place where people with chronic illness are taken seriously and given tips to stabilize and heal their conditions naturally.

Jaime is also the author of Life Beyond Chronic Pain: The Step-By-Step Guide to Treating Chronic Illness Naturally, which can be purchased through Amazon.com.