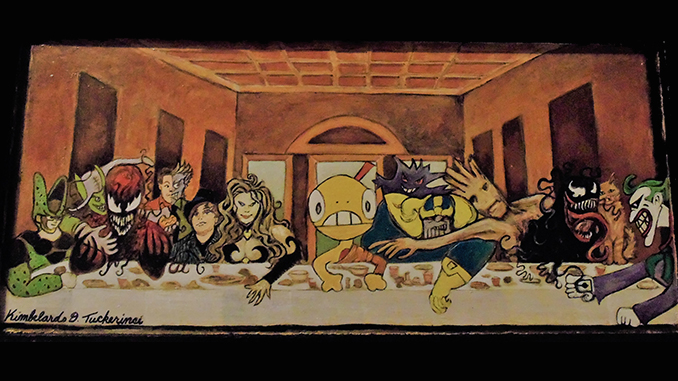 Painting by Kimberly Gerry Tucker, superhero interpretation of ‘The Last Supper’. Is life not an elaborate Goldberg Machine; like the old game MouseTrap? A complex state of affairs in which a series of actions are linked together to produce a domino effect in which activating one device triggers the next device in the sequence? Tempus Fugit! (Time is wasting). Making and keeping friends growing up was like the Goldberg Machine. I knew that just one accepted invitation, (like the Goldberg) would trigger more invites, would lead to chit-chatty parties, and (gasp) sleepovers with Dads who made gross things for breakfast and Moms who would ask […]