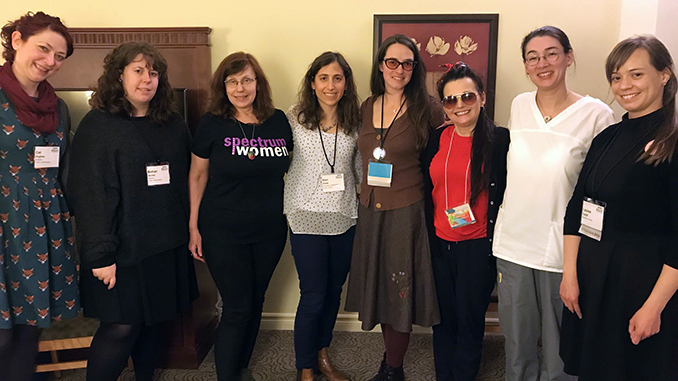 We did it!  The first known INSAR meet-up of 8 autistic women was held May 2 at the hotel room shared by Spectrum Women Magazine (SWM) Correspondent Christine Jenkins and Dori Zener.  There were several more invited who didn’t make it.  We had representatives from three Canadian provinces, the US and the UK.   Women made up the greater part of the largest contingent of autistics ever at INSAR thanks to a new lower registration fee.  I sold 6 copies of Spectrum Women (one to Nirit, a researcher from Israel) and I hope many new friendships were formed. ~ Christine   […]