A few weeks ago, I had a presentation in another state here in the U.S. Those who hear me speak about accommodations know that I always say, “We shouldn’t seek to outgrow our need for accommodations but instead, to grow into them.” I firmly believe that there is a huge bias in that individuals with more obvious conditions (using a cane, wheelchair, etc.) are empowered to maximize their accommodations, however, individuals with invisible differences are set on an early path to seeking the outward appearance of ‘normal’ which means not asking for or getting accommodations. This becomes extremely problematic when using accommodations during airline travel.

When I fly, I know:
1. I do not say I have Aspergers Syndrome, as few airline personnel know that term – I say I have “autism”.
2. I carry a laminated card from my doctor saying so.
3. I use expedited security screening to reduce the physical contact and tightness of waiting in line.
4. Similarly, I also pre-board the flight to limit my exposure to the visual and auditory stimulation of the people queuing up and moving about, with their luggage.
5. Pre-boarding also insures that my electronics are stored above me, reducing my anxiety about the possibility that someone could take or damage my equipment.
6. Pre-boarding allows me extra time to gather the items I use in flight (book, headphones, gum, blanket, pillow) so that I feel more secure.
7. I use an iPod and Bose brand earphones (not noise cancelling; just extremely good at blocking out crying babies and overhead announcements) as soon as I am seated.
8. I carry granola bars at all times in case I miss a meal. 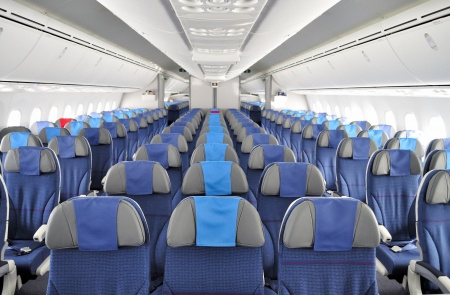 All of these small accommodations allow me to minimize the amount of energy involved with travel – precious energy that would otherwise reduce my problem solving skills (in case of a diverted or delayed flight) and precious energy I must hold in reserve for work upon my arrival at my destination. Whether I am teaching or engaging in a board meeting or giving testimony at a government office, it’s key that I have as much cognitive energy contained in my “cognitive rain barrel” as possible.

Alas, on this trip I was far from prepared. My earphones had got lost. My iPod died. And all of this conspired against me when I was faced with flying an airline that has a very poor boarding policy. Rather than designated seating, the seat assignments are first come, first served. Your placement in cue is determined by how quickly you confirm your reservation within the 24-hour window, or whether you pay a premium to confirm earlier.

Further, their pre-boarding protocol consists of one going to the counter, disclosing a disability wherein a blue pocket protector kind of document holder is provided, complete with a listing of the seats that people with disabilities are prohibited from utilizing. The theory is that people with disabilities are less capable of responding in a crisis. While this may be true for some, I find it a bit humorous, as this woman with autism is the person you MOST want by that exit because of my calm logic in a crisis. I know this having performed CPR and First Aid in six different circumstances in my life. I do fall apart AFTER the event but I am very good in the moment. Nonetheless, the blue pocket protector thingy is the visible manifestation of your disclosure that everyone can see (ugh) but also for the gate agent to allow you on earlier.

This protocol by the airline creates an untenable circumstance for us, as many non-disabled persons will misrepresent their needs to simply sit closer to the front, or to secure a preferred window/aisle seat. Thus, every individual who experiences an “invisible” condition automatically comes under greater suspicion. I’ve flown this airline twice in three years and run into overly suspicious, nasty, outright mean gate agents on both flights.

The first event occurred when I asked for my blue pass in Florida. The agent said, “What disability do you have?” (An illegal query).
In my best self-advocates voice I said, “I have autism.”

She replied, “You don’t look disabled to me. We don’t pre-board for that.”

I could not breathe. I wasn’t even a person to her – I was a “that”. I asked for a manager. She walked me to the counter, staffed by three people standing side by side. The manager was the furthest away. Over all three staffers, in front of others in cue, she loudly declared, “This lady says she needs to pre-board because she’s autistic.”

I could see others pre-boarding. My rain barrel was not tripping its precious cognitive nectar – it was draining like an open running faucet. I am not ashamed by my condition but I (underlined) get to decide when and where I disclose and this woman had taken that right away from me.

The manager then asked two questions that without the draining of my rain barrel, I would easily have answered or “white lied” my way through.
“Do you need more time to board or a specific seat?”

Now I was in a rigid mental lockstep with no flexibility. Neither question was totally accurate. Now the tears were coming. Seeing my distress, the manager just let me on but now I was totally off my game and unable to recoup. 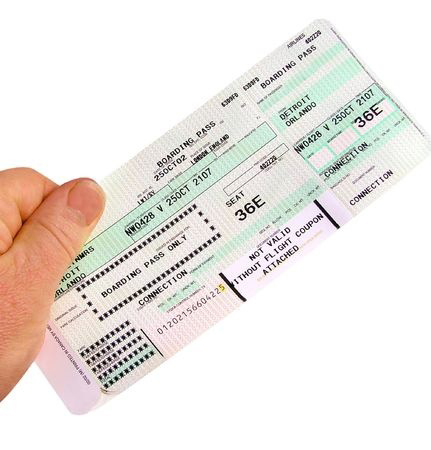 Flash forward one year. Same airline. I had a ton of anxiety because of the previous trauma but three of my four gate agents were more than generous – one even asking for a card for a colleague with a son with autism! But that fourth agent was rude beyond words asking those two inane questions as though those there are the only two reasons a person needs to pre-board. And I was off my game because I didn’t have my earphones or iPod.

“Do you need more time to board or do you need a special seat”, she spit through her teeth.

“I don’t really need to pre-board for either reason. I need it because of anxiety because I’m autistic,” I replied.

Upon seeing my confusion and panic, she manifested no empathy whatsoever. Sighing heavily, her disgust seeping over the counter like murderous volcanic lava of toxicity, she added, “People get mad about it all the time, but I have to ask because it’s policy. I don’t need your whole life story – just say yes to one of the questions.”

She reluctantly handed over the pass but by then it was too late. My rain barrel was empty.

I promptly attempted to board the wrong flight. The gate agent caught me in the jet way. I was painfully aware of my mistake in that way that rattles you to your core. Making such a simple mistake amped my anxiety further. I found my proper gate and boarded heading for a window seat hoping to bury myself in a corner to quietly regroup despite the tears I was fighting to control.

Unfortunately, quiet was not to be had.

The man behind me had a grating voice and did not stop talking from wheels up to touch down.

Nearly useless foam earplugs in, I pressed them tightly into my ears hoping for some reprieve. I was hunched over into the corner of the seat as far from him as I could get. Rather than leaving me alone, the person seated next to me tapped me for the flight attendant to see if I needed a drink. Really? Tears streaming, I asked to be left alone and expressed that it was too loud for me. She apologized.

I was ready to jump out of my skin. I wanted relief. With panic rising within me, I realized that I was beyond the beyond. If I attempted to ask for help, I knew I would lose it – really lose it – in a very big way. And I knew that doing so could take that plane down.
So I suffered. It was a perfect storm.

Despite being paid to teach people that accommodations are necessary and reasonable, I had not followed my own well-earned and familiar advice. I was not adequately prepared. I had slacked and not remembered that these needs were not self-indulgent but critical to my wellness.

Had I not dismissed my needs for supports, I might have been more equipped to deal with Ms. Nastiness. But I set myself up for failure. Yes, she was rude and nasty. Yes, the fight attendant on board was not sensitive. But I failed myself. I thought I had “outgrown my need for support.” What a fool.

It was humbling to experience this. It was a stark reminder that under the right circumstances, no one is “high functioning.” None of us is superior to our authentic selves.

This week I replaced the lost headphones. I purchased a new IPod. I dug out my travel card. 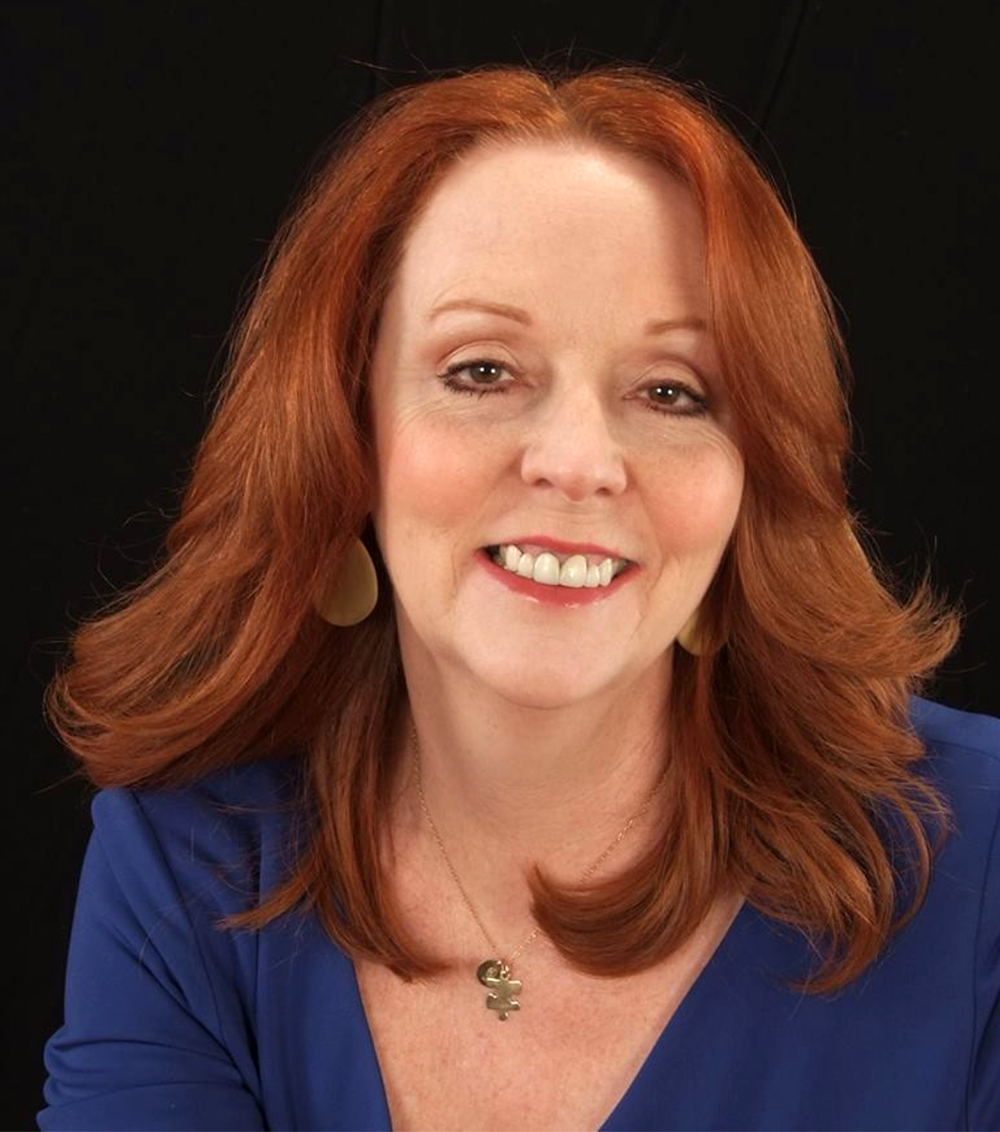 Dena Gassner is a private practice social worker, writer and motivational speaker who specializes in transition-age youth and adult late diagnosis autism related issues. She is also very skilled in addressing issues related to women.
She’s been published in “Scholars with Autism Achieving Dreams” (Ed. Perner), is a frequent contributor to the Autism Society of America’s “Autism Advocate” and does a life weekly broadcast for Autism Brainstorm (autismbrainstorm.org).
Dena blogs at denagassner.com. A long-time advisory board member for ASA and GRASP, Dena is a much in demand speaker and policy advisory on autism achievement.
Dena is the mother to Patrick who lives with autism and is in university, and a daughter, Brooke who is a graphic art designer for a university. Married 20 years,
Dena strives to support others in her journey not outgrowing autism, but growing into it, with the comfort of supports embracing her to higher achievement.