Now that I’ve got that out of the way, we can get down to business. This article will be using blunt and factual language which may make some readers squeamish, but my aim is to help start a conversation and not to offend.

As women, we all share the commonality of experiencing menstruation, more colloquially called periods. However, for some crazy reason, we are restricted to talking about this in hushed tones away from anyone we might possibly offend by talking about this perfectly natural process.

As I write this, Eve Ensler’s one-woman show The Vagina Monologues is playing in the background and I’m reminded of how empowered I felt performing in a student-led production at my university (twice!) and how I hoped that this would lead to an evolution in how women would be able to talk about their vaginas and periods without shame… unfortunately, some are still quite conservative in this respect. (If you have never seen The Vagina Monologues, I strongly recommend it!)

As a female, your body is capable of so much – your reproductive organs hold the potential to grow a new life. As one grows from a girl into a woman, puberty brings on a whole set of challenges – growing breasts, widening hips, hair growth, and the onset of menstruation (for the sake of simplicity, I will continue to refer to this as “a period/periods”). Puberty is difficult for all girls, but can present a whole slew of additional difficulties for autistic girls – sensory differences, disruption to routine and predictability, a higher level of personal hygiene required, mood swings, and a general attitude in society that women should just be quiet and get on with it without complaint, despite pain and discomfort experienced..

I have been contemplating writing about this subject for a while, but didn’t want to risk alienating readers by talking about something that is still somewhat regarded as taboo, but with this being Autism Acceptance Month, I thought I’d break out and challenge the taboo – if I won’t talk about it, who else will? Hopefully this will start a conversation that will continue beyond April.

While I could cheerfully write several pages about puberty as a whole, I will focus primarily on periods and what I’ve done throughout my adult life to help myself cope with this monthly mild inconvenience. Please note that I am not a medical professional and I am purely sharing my opinion and personal experiences – if you have any questions or concerns, please talk to your primary care doctor or other health professional.

I was quite fortunate during puberty in the sense that I did not have severe acne (just very oily skin), nor did I experience painful or unpredictable periods; they came regularly as they were expected to and that was that. However, I seemed to be caught off-guard whenever they would actually start – I would know what day but the time would always be different – especially if it was while I was at school, and more than once needed to be excused from class to waddle to the girls’ room and hope with all hope that I did not stain my clothes. 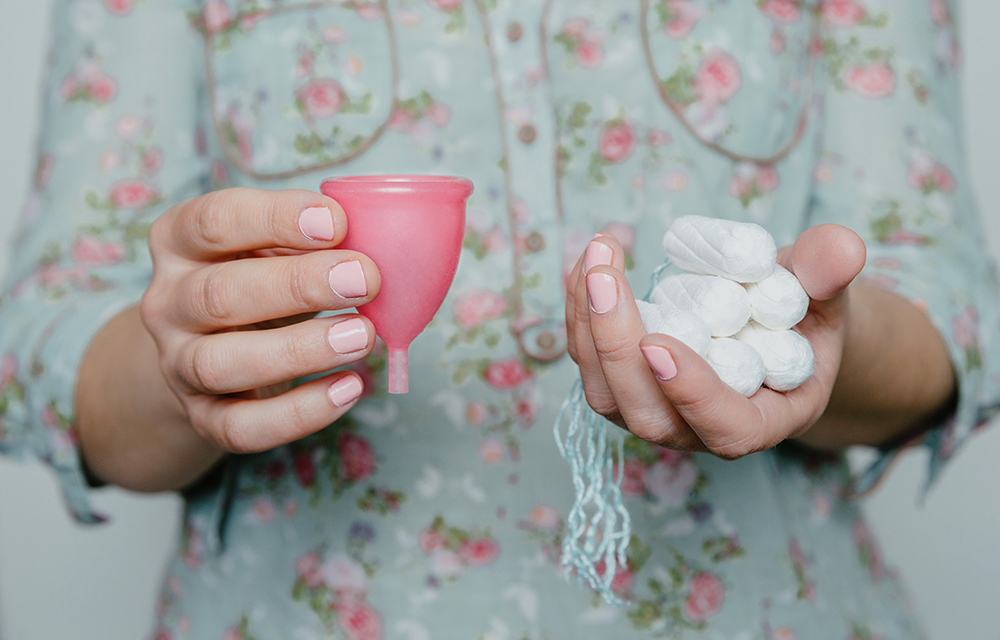 My periods started three months before my 12th birthday, just before I started 7th grade. My mother was not overtly ceremonial around it and I was not terribly scared when it started because my class had “the talk” in 5th grade – all the girls were taken into a classroom and shown a video and given a period starter pack. I was given pads to start, but I hated them – even though they were a far cry from the foot-long, inch-thick cotton pads which my mother had to use in the 60’s, they still (to me) felt like wearing a diaper. I eventually took to using tampons because they were less noticeable when inserted correctly (I hasten to add that I’ve never had a mishap, but that’s not to say that some may not have!), but when reading the insert slip from the tampon box, seeing the risk of Toxic Shock Syndrome and the crude diagram as to how to insert it, I was put off trying for a long time. If anything, it was the growing dislike of using pads that led me to eventually use tampons. I ended up using a mirror (and some awkward acrobatics on my bed in my locked bedroom!) to check myself out “down there” in order to figure out how I worked like the diagram in the booklet I was given at age 10. Once I became familiar with my own anatomy, I felt more comfortable in using tampons, which then led to me becoming a BIG FAN of menstrual cups, which I will talk about in a bit.

Tampons are, in my opinion, better than pads, but they’re still not without their flaws. Anyone who told me that you could pee while having a tampon in must have a magic trick or their anatomy might be slightly different which enables this to happen, but I found that the stream would somehow come into contact with the string, which would then absorb into the tampon itself and render it completely useless. If your anatomy is such that you are able to pee with one in, count yourself lucky!! I will still use light ones on the odd occasion during the last day or two of my period when I have just some mild “spotting” (i.e. leftover brown “gunk”), but I don’t do this with every period. My other issue with tampons (and pads, for that matter) is that they create so much waste – the plastic packaging is not biodegradable and can take anywhere from 450 to 1,000 years to decompose!! Think of how many tampons or pads a woman would end up using in her lifetime, then think of how many women that number applies to – that’s a LOT of plastic!! I’m very much an environmentalist and felt awful at the thought of my contribution to the ever-growing waste issue, so I looked into menstrual cups.

I came across many testimonials from women saying that they would never go back to using pads or tampons once they got used to using their menstrual cup. There are loads of different brands and designs, but I ultimately decided on the Lily Cup by Intimina (check it out here) (please note, this article is NOT sponsored – this is a personal testimonial only). I liked how it was designed to be more ergonomically designed to fit a woman’s anatomy and could be rolled up quite small for insertion. I won’t lie, it took me a few days to get used to using it and would use a pantyliner to compensate for an incorrect insertion, but I eventually got the hang of how to pinch the cup and what the “pop” felt like for it opening up and creating a strong seal, eliminating the chances of leaking. Now that I am quite familiar with using my Lily Cup, I cannot imagine having my period without it. I think menstrual cups are great for autistic women because:

I also have found that my periods are shorter – my guess is that it is because it empties into the cup rather than being gradually absorbed by the tampon, which have to be changed more frequently (especially with heavier periods), but I am not sure if there is any evidence behind this. Using my Lily Cup has massively improved my experience of my period and I do not dread its arrival anymore. If anything, I feel more connected to my own body while I am having my period and I experience it not as an inconvenience but almost with reverence… it makes me not hate being female. I know I am quite lucky that I do not have massive issues with cramping or headaches or mood swings (mild with all, but not extreme), but having something which means that my period is less of a disruption to my routine makes a noticeable and beneficial difference.

My blog on WordPress – https://www.IAmMyOwnExperience.com/ 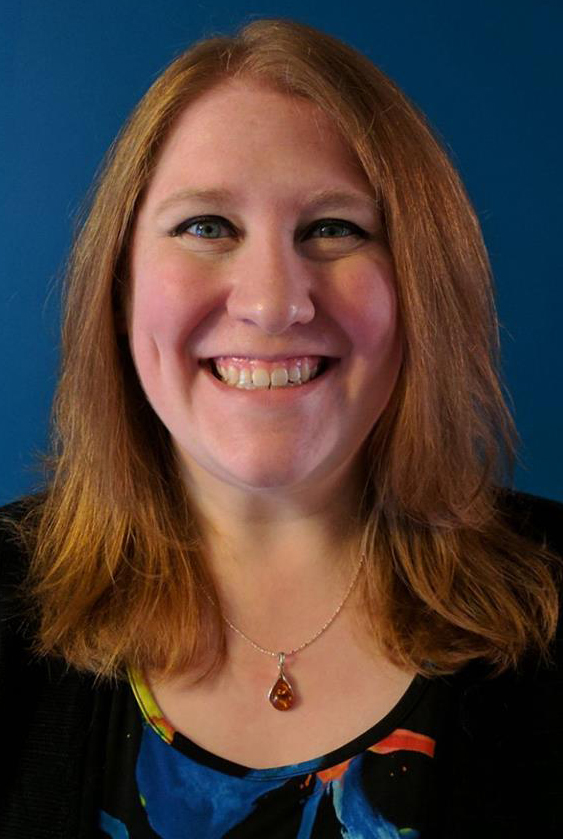 Originally from New York State, Kate studied Psychology & Social Sciences and earned her Master’s Degree in Social Work from the University at Buffalo before relocating to England in mid-2008. She changed careers in 2013 from Social Care to Special Educational Needs & Disabilities, where she quickly developed a special interest in Autism & Asperger’s Syndrome. After being recommended Rudy Simone’s book Aspergirls in July 2015, her perception and understanding of herself changed and “everything suddenly made sense”. Kate received a diagnosis of Autism Spectrum Condition in August 2016. 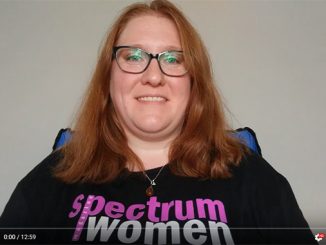 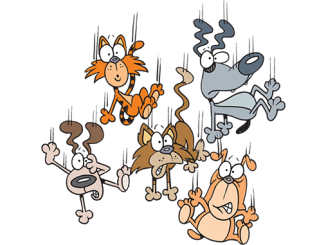 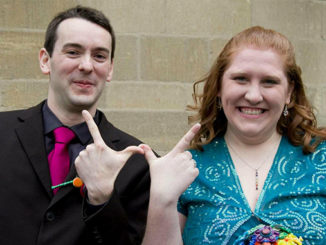