I was born with the social skills of a used teabag. Seriously, I thought maybe the other kids in school had been handed a manual on “peopling” one day when I was off sick or something.  But thankfully I’ve learned enough over the years to “pass” when I need or want to, mostly through trial and (lots of) error or by observing other people. I’m at a point now where I can function pretty well socially; it just takes a hell of a lot of effort to do it and I have to be selective in how and when I use my social energy.

And I’ve managed to have an interesting and varied career – because of, not despite my autism. I’ve generally thrived in the highly structured and visually-oriented world of the civil service, though I’m more comfortable in the boardroom than at the Christmas party.
Although I’m 49, I wasn’t formally diagnosed with Asperger’s until five years ago so for most of my career I was completely unaware I was on the autistic spectrum.  But I’d always known there was something “different”. Something which made dealing with everyday life strangely difficult and quite draining, even though I was academically strong and churning out top marks at school. I clearly recall a day, when I was in my early thirties, when I felt like I was at a crossroads: I could either quit work and go sit in a corner (as some of my older relatives had done) or I could tell myself to “suck it up, buttercup”. I chose the latter.

My main challenge in the work setting is sensory defensiveness though the only reasonable adjustment I’ve ever asked for is an uplighter. I wear fabrics that won’t irritate my skin and cut off labels. Knowing why my environment sometimes makes me feel under attack has helped me to figure out better ways to deal with that.

The other big challenge is anxiety, though ironically I’ve found that the best way to manage it is to focus on a work problem – if I’m going to worry anyhow, I may as well direct all of that nervous energy into something constructive.  (If worrying were an Olympic Sport, I could win gold. I am the Usain Bolt of worrying. If you’re an employer looking for a health and safety officer or risk assessor, you could do a lot worse than hire someone who’s on the spectrum.) Rest, exercise and a decent diet also help. 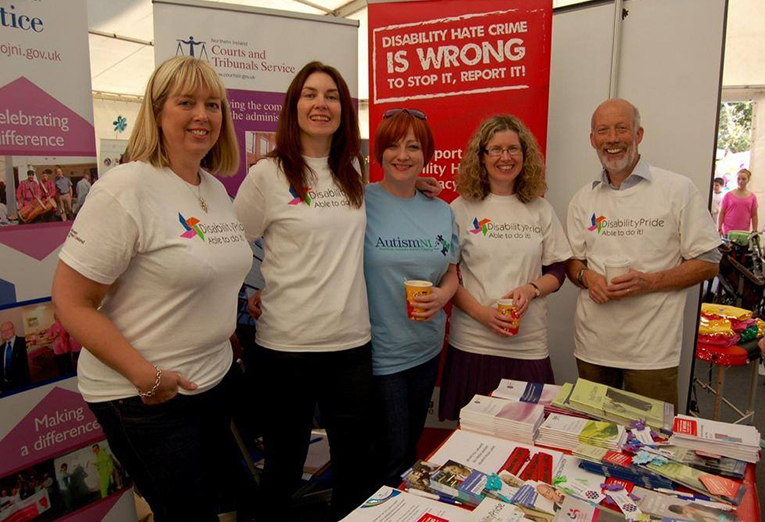 When I was diagnosed, I came out of the aspie closet right away. To be honest, it just didn’t occur to me to do otherwise. But I know that there are many adults who choose not to disclose that they’re on the autism spectrum and that should absolutely be respected.  It’s a very personal and private decision.

When I first told my work colleagues, one of them asked me why on earth I would want people to know. For me, there were a couple of reasons.

Firstly, I regard autism as a set of neurological differences, not as something that makes me defective. I’m like an Apple Mac in PC World.  I may have been born missing an app or two, but I’ve developed some good workarounds plus I have a few add-ons that the other operating systems don’t. I’m at a stage in my career where I don’t feel I have to prove myself and if anyone thinks less of me because I’m an aspie, that’s their problem.

Secondly, I was keen to use the opportunity to challenge some of the myths and misconceptions that exist around autism. The media portrayal of autism in particular tends to be very stereotypical. Stereotypes lead to prejudice and prejudice leads to discrimination.

While our autism undoubtedly presents those of us on the spectrum with certain challenges, which will vary in nature and intensity from one person to another – and I don’t in any way want to minimise those challenges – I do genuinely believe that there are many positive traits associated with autism that can bring real benefits to the workplace. 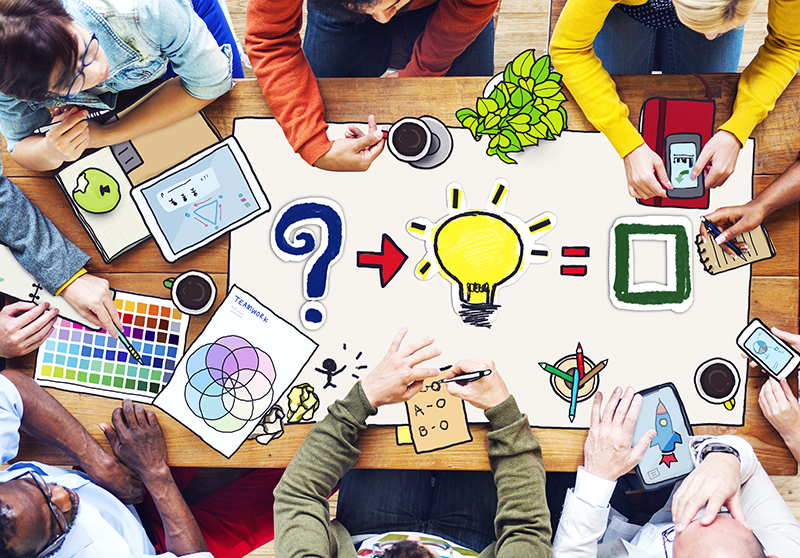 We’re the independent thinkers. We don’t feel constrained by the conventional wisdom and we’re less susceptible to “group think”.

We’re good problem solvers. We will stick with a problem until we figure it out, long past the point at which someone else would have lost interest, and we can be very creative.

If we say we’ll do something, we will do it.

Many of us are visual thinkers who can work out processes and solutions in our minds. We may think in patterns and make connections that others don’t see.

We have good attention to detail.

We’re honest brokers who are motivated by a desire to get the right outcome. We don’t waste time playing office politics.

Another common trait I’ve noticed is a strong sense of fairness.  An aspie won’t be inclined to take credit for someone else’s work and will welcome a good idea whoever it comes from.

Any good leader or manager knows that a diverse team is a strong team. Having people working for you who can think outside the box – who can maybe even redesign the box – isn’t just an act of corporate social responsibility: it makes good business sense.

In the past, employers saw hiring someone with autism as an act of charity. Now they’re starting to realise it’s a savvy business decision.