Any woman who grew up in a fundamentalist Christian home knows that the Proverbs 31 woman is the ideal she should aspire to. Even if she’s not familiar with the scripture reference, she’s familiar with the archetype. The Proverbs 31 woman is the backbone of her community, the Martha Stewart who cares for her husband and children with stalwart devotion, executing feats of organization and economy that undergird civilization itself. She’s strong, savvy, and entrepreneurial. Because of her, her loved ones are protected, and most importantly, her husband is a success.

When I was ten years old, alone in my Laura Ashley bedroom, making checkmarks in boxes on a list of Bible chapters I needed to read to earn my next Missionettes badge (Missionettes = Girl Scouts for Assemblies of God Pentecostals), there was nothing intimidating to me about the Proverbs 31 ideal. It was my mom who directed the church choir, made us crepes for breakfast, and chased us around with Flintstones vitamins during cold and flu season. She was the pastor’s wife who planned events, directed plays, and kept my dad’s schedule for him. I had no reason to believe I wouldn’t grow up to be just like her.

By the time I was in my 20s, with my first couple thousand in credit card debt, an apartment that hadn’t been neat since the day I moved in, a history of depression, and more than enough evidence to self-diagnose ADHD, I might have reconsidered my plans. But the assumptions we make when we’re little have a salience that defies logic. When I met the man I wanted to marry, I was scared, knowing I could barely take care of myself and that I was on the hook for his success and mine, but I thought that God would change me. Christians do that a lot, when confronted with the realities of our shortcomings – we like to assume that God will either change us or change the situation, and the worse the prognosis is, the better because then we can “give the glory to Him”.

Yeah, that didn’t happen. In light of my relatively recent diagnosis of Autism Spectrum Disorder, it makes sense that I couldn’t maintain a clean house, had a perpetual backlog of about ten loads of laundry, and that having house guests was a living hell for me. I met my husband when I was taking a light course load at community college and not working, and he hadn’t really believed me when I told him I needed a lot of alone time. He didn’t realize that the energy I had to pay attention to him and socialize with our friends was a combined function of my infatuation with him and the free time I had to regroup between our visits. He’d imagined that I was a shy wallflower who would blossom into a woman who would someday become the matriarch of a large family like the one he had. Instead, with the demands of school and work, I became less and less capable of socializing, and he didn’t feel married, only like he’d “moved in with the messiest roommate ever”.

Christian women, if nothing else, are supposed to be hospitable. I panicked every time he wanted to have guests and I couldn’t get things cleaned up in time, and panicked the entire time people were around, invading the considerable bubble of personal space I need to maintain my equilibrium. My husband thought a good July 4th party was the kind where you invite fifty people and tell them to bring their own everything. They still assumed that I would have spare rolls of toilet paper, serving utensils, hand towels, and a serving platter. More to the point, they assumed I would know where the hell I would have put them. And as for church, where I’d done the dutiful thing and joined the “hospitality team,” the group of greeters who puts out coffee and snacks between services and makes everyone feel welcome by handing them a bulletin, I burned out within months.

By twenty-four, when I got married, my Proverbs 31 ideal of myself had been altered to include the possibility of life without children. For all of her super-powers, even my mother had been prone to bouts of wishful thinking when she bemoaned the loss of education and career experience that she’d given up to be a pastor’s wife in the 80s and 90s.  She’d yell, as she cleaned up some mess or searched for some object me or my sister had absconded with, “If you ever want anything nice or anything to yourself, don’t ever have kids!”

So, when we did our premarital counseling with a couple from our church, I was adamant that I couldn’t promise to have kids. It was a position which is downright sacrilegious for anyone with my background, but since I had plenty of childbearing years ahead of me, and everyone thought I would change my mind, it wasn’t met with much opposition. We came to the faithfully optimistic, agree-to-disagree resolution of “God will change my mind, or he’ll change yours.”

I realized after a year of marriage that my level of functioning without kids was the maximum I could sustain without a complete mental and emotional breakdown. My husband had some anger-management issues and my self-esteem was taking daily hits from his irritation with me, and I knew that it would be a mistake to bring a child into that situation. When we went back to counseling with the same couple we did premarital counseling with, the wife asked me, in the most plaintive tone, “But what about God’s will for your family?”

Given that I didn’t excel in hospitality or raising little warriors for Christ, that should have freed me up to work on supporting my husband by economizing and managing finances, but we both felt like it was best for the husband to be the head of the household, particularly in that area, so I left all the bills to him. (Idiots.) When he yelled at me because he’d just done our taxes and I couldn’t find the correct line to sign on the form quickly enough to gratify him, I reasoned that it was a fair trade for not having to worry about those things myself. I’d like to say that I was supportive of him in other areas, but it certainly didn’t help him get to work on time when I left the house with my keys in my hand and his keys in my purse while he was getting dressed (in the days before cell phones).

While I waited for God to transform me into the Proverbs 31 woman, I got a job at a university so that I could continue my education as a benefit of my employment. This way I didn’t have to work with my husband on taking out student loans or setting aside money which he would not have preferred to use to pay down our considerable debt.  I chose to develop the best asset that I have, though it did absolutely nothing to help me be a better wife. I may struggle with executive function, but school has always been my happy place.

Roughly a decade later, I had a degree and a job that paid enough to support myself, but I was still me. When I graduated, my husband said something along the lines of, “Good, now we can focus on something worth doing.” I didn’t have kids and my husband had finally begun – begun – to come to terms with not having them, but God had not changed either of our minds. We were trying to get organized enough to file for bankruptcy, my house was still a mess, and we didn’t have any joint friends to hang out with or a church to attend. I was tired, anxious, depressed, and felt horrible about myself. I had gotten a diagnosis of ADHD and my therapist had confirmed that he felt like Autism Spectrum Disorder was a likely diagnosis as well. That was when I realized that the ideal to which I’d been aspiring my whole life was probably out of my reach.

Then my husband got a DUI and got fired in the same week. Clearly, he was miserable and by no means successful. He yelled, “What the fuck is wrong with you?!” at me for what seemed like the hundredth time. I recognized that my recurrent depression was more than just depression and closer to a major depressive episode. I was thinking more than ever about death as a viable solution. I gave up on Proverbs 31 and started looking at Psalm 139 which says, “I praise you because I am fearfully and wonderfully made… my frame was not hidden from you… when I was woven together in the depths of the earth…all of the days ordained for me were written in your book before one of them came to be.” I decided that God made me the way I am, and that he knew I wasn’t going to be a Proverbs 31 woman, and that he wanted nothing else for me, he would want me to live.

My husband and I separated about four years ago. I wish I could say that it was a clean, easy break, that I revised my goals, accepted who I am, and blossomed accordingly, but it’s hard. Women on the spectrum, particularly women in their 30s who do not have kids, don’t readily fit into a community, Christian or not. Even without Christian ideals to contend with, we are often viewed as selfish, controlling, rude, or eccentric. Unlike my dad, from whose lineage I get my autistic traits, it’s hard for me to find a Proverbs 31 woman to marry who will handle everyday responsibilities so that I can use my intelligence to pursue a doctorate. If I had not been selfish enough to focus on the things I could do well, at least somewhat, I am certain that suicide would have been a plan and not a consideration. If we embraced the idea, particularly in churches, that all women, including women with autism, are “fearfully and wonderfully made,” living as we are, “ordained” to do it differently, I can only imagine creativity and contributions that would emerge from women like me, unapologetically developing their unique gifts. 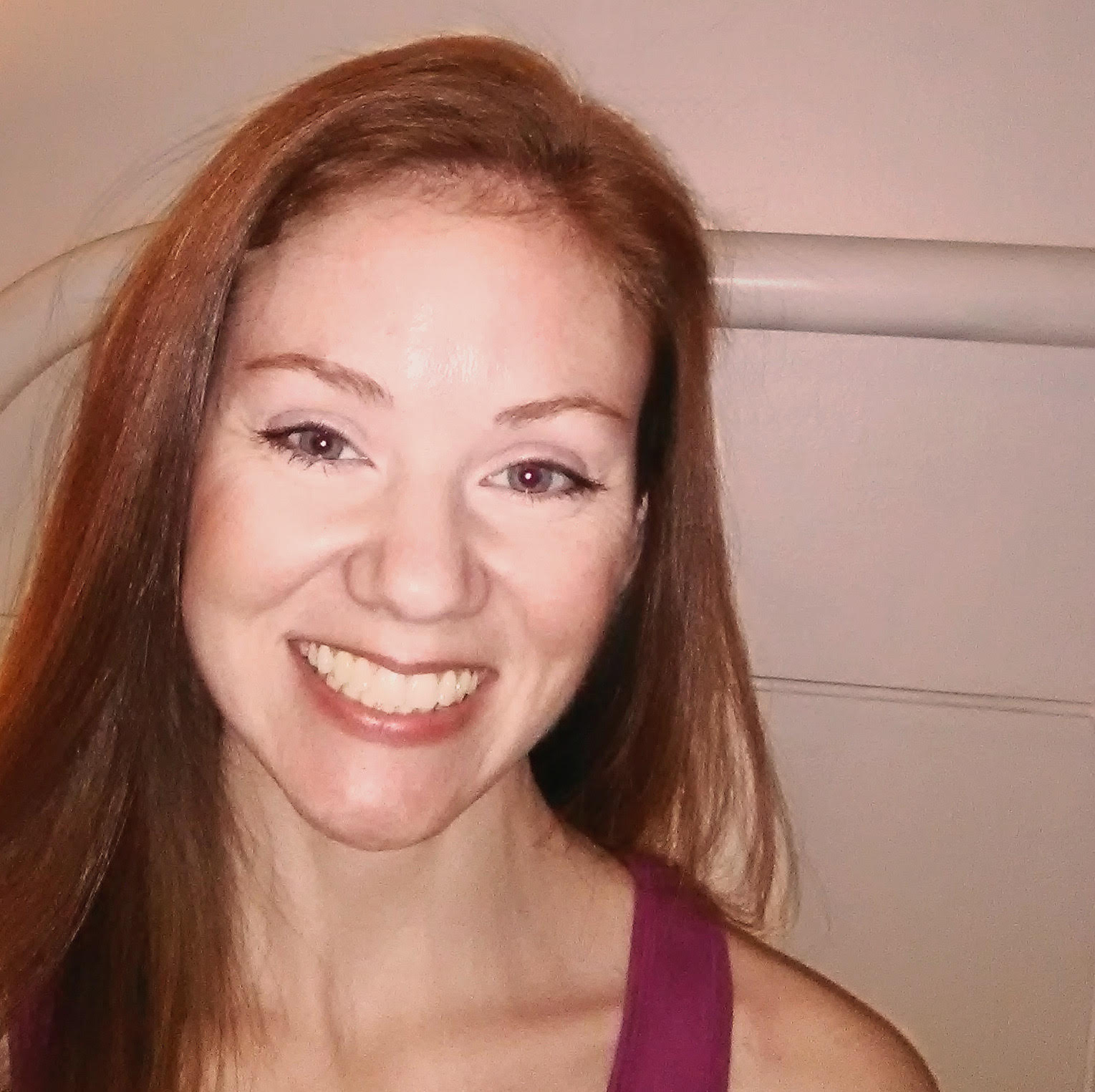 Shannon Hughes is a late-diagnosed writer, designer, and autism advocate. An autodidact with a BS in English and a special interest in autism research (as well as history, philosophy, literature, and religion), she passionately believes in encouraging people with autism to find their own way. After twelve years of working in administrative support, she’s redirecting her energies toward helping others like herself to value their differences and embrace their unique strengths. She currently co-hosts the podcast Not Weird, Just Autistic with fellow advocate J.R. Reed where their goal is to promote autism acceptance by removing the barriers – practical, ideological, legal, and social – that marginalize and isolate those with autism. When she’s not reading or hoarding art supplies, she relaxes with her geriatric poodles who, thanks to their failing hearing and eyesight, get carried around by her in her apartment like stuffed toys.