Around this time of year, I usually get asked to speak or write about autism.  I’m happy to do my bit. April is Autism Awareness Month and 2nd April is World Autism Awareness Day. It’s a good opportunity to engage with people outside the autism community.

We get a bit side-tracked as a community over whether we should be promoting “awareness” or “acceptance”.  Or maybe some other word that conveniently starts with an “a”, like “action”.

I don’t see these words as mutually exclusive. I appreciate the argument that’s usually put forward by those who are critical of the focus on awareness – surely we’re all aware by now that a thing called autism exists? That’s a fair point, but the type of awareness I’m talking about is much more than that.

It is about actually explaining to people outside our community what autism is, how it affects us and how they can help. It is about challenging the myths and misconceptions, and addressing harmful stereotypes. It is more than just posting a few memes, though there’s no harm in doing that if it helps to get across a particular point. 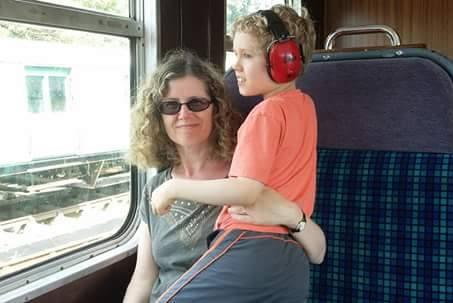 We cannot simply demand acceptance as of right – we have to do the ground work and that means raising awareness, in a meaningful way. People find it hard to accept things they don’t understand. We shouldn’t expect them to. Before my child and I were diagnosed, I knew precious little about autism because I didn’t really need to at that time.

I can understand it when people get angry or frustrated at service providers who don’t seem to “get it”. Surely they should know better? Yes, in an ideal world they would. They would be properly trained and, crucially, they would listen to and learn from those of us with direct experience. Sometimes the anger is justified but it is not always the right response and it can often be counter-productive. People are less likely to want to go the extra mile for you if they first have to wipe your spittle from their face.

We also need to take account of the fact that there is a huge amount of misinformation out there. The mainstream media presentation of autism still tends to be a choice between quirky genius with no social skills or full-on “Rainman”, with nothing in between. It also tends to be overly influenced by (usually) well-meaning celebrities who are too easily co-opted by certain groups with a particular agenda.

It doesn’t help that the concept of awareness raising is inextricably linked in some people’s minds with those groups, which have contributed to an unrelentingly negative narrative around autism by using alarmist language about “epidemics” and presenting it as an illness to be cured. We need to reclaim the narrative by replacing this overly pathologised version with something more balanced, which acknowledges both the challenges and the positives of autism.

Awareness raising should not be tokenistic but it needs to be done in a simple enough way to help those who know little about autism to understand it.  It also needs to take account of the fear factor – people are often scared of asking the wrong question or using the wrong terminology.  They may be afraid of stepping on verbal landmines. If they get caught in the crossfire of semantic debates it will only increase the chill factor.  We should not censor or censure if we can avoid it. If we don’t invite people in, the risk is we will continue solely to talk amongst ourselves.

Whenever I’m asked about autism, the question I struggle with most is “what exactly is autism?”  It’s a simple enough question, and it’s an obvious question to ask. It’s also a damned hard one to answer.

I could present it as a spectrum condition ranging from mild through to severe. However, many people don’t like the use of terms like “mild” or “severe”, on the basis that the former understates the person’s challenges and the latter underestimates their potential. The same considerations apply to the terms “high functioning” and “low functioning”.

The definition employed by the main autism charity in the UK, the National Autistic Society, is this: 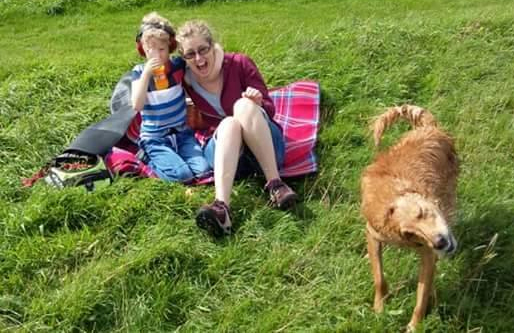 “Autism is a lifelong, developmental disability that affects how a person communicates with and relates to other people, and how they experience the world around them.”

It’s a good starting point, though I would add to it that some adults and young people would choose not to self-identify as disabled.

Part of the problem is that the traditional descriptions of autism are based on a deficits model and are, frankly, pretty depressing. When I talk about autism, I don’t want to trigger the “social worker head tilt” response – a phrase given to me by a qualified social worker, by the way, which I use with affection.  In other words, I don’t want to be offered pity or sympathy when I tell people that my son or I have autism. I want people to appreciate what a complex and fascinating way of being it is. I want them to be curious rather than uncomfortable.

If we want a person who hasn’t read the books, been on the training courses or lived with autism to be able to understand and accept autism, then they need to be given a frame of reference.

So how do we give them that? What should we be saying? What would they find helpful.

A number of years ago, I went on a three month study visit to the US. It was amazing. Before we left the programme, a very wise lady gave us an excellent piece of advice about re-entry to our former lives.  She advised us to think about what to say when people back home asked us about the experience. She said that some people would be interested enough to listen to the three minute version, a really good friend might be willing to tolerate the thirty minute version, but most people would want the thirty second version. So we needed to figure out what the thirty second version was.

When I have a captive audience and plenty of time, I have no difficulty giving them the thirty minute version, or longer it they’re up for it. The succinct version is much, much harder to craft.  Some people do require the long version, because they have responsibility for providing services and support, but the task of helping wider society understand autism requires us to tailor our approach to the level of interest of the average person.

And so this year, for Autism Awareness Month, I plan to ask as well as tell.  I intend to offer different formulations to people outside our community and see which of these are most helpful to them in gaining a basic understanding of autism.

I’ll let you know what I find.  If you have any suggestions, feel free to let me know.