With Christmas fast approaching, our resident Agonising Auntie has put together some top tips on how to survive the festive season if you’re autistic. Whether you’re ‘ho ho ho!’ or ‘no, no, no!’, we hope these will help you have a happier holiday…

If you dread the thought of the office Christmas party, either politely decline the invitation or have an exit strategy for when you need to leave – for example, dare Mike from Accounts to press the fire alarm button once he’s on his third Sambuca.

The Interweb isn’t just for hilarious videos of cats (though it is mostly for that). You can buy stuff there too. 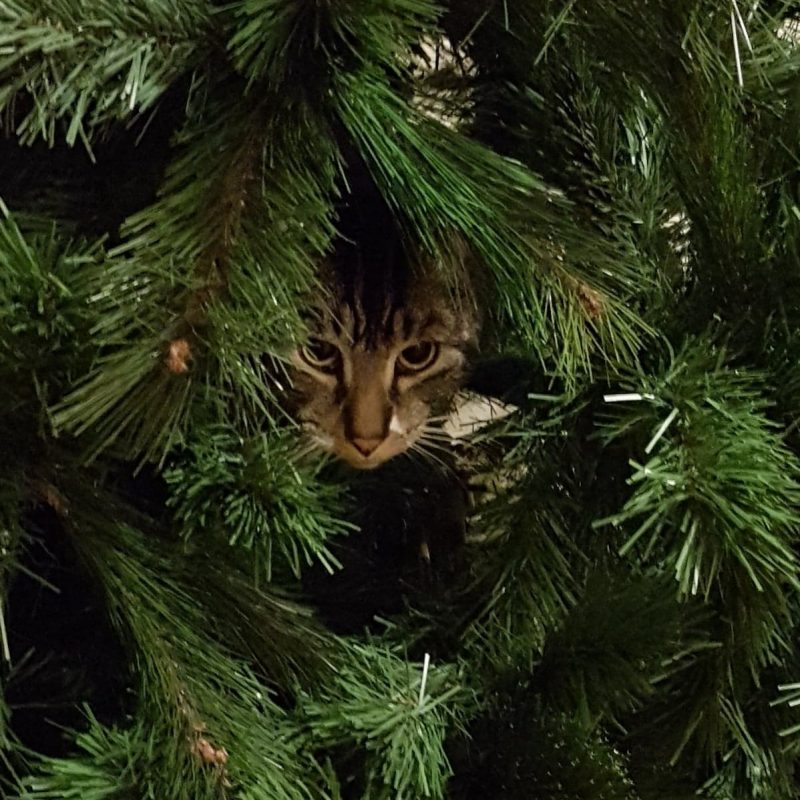 3. Write your own Christmas carols!

Do you find most popular Christmas songs an assault on your eardrums? Make up your own instead! It’s actually quite easy – simply think of an eight-syllable phrase and add “falalalalalalalala” to the end of it. For example, the next time Mariah Carey starts screeching about how all she wants for Christmas is “yoooooo”, drown her out with a spirited rendition of “Silence, all ear-splitting divas, fa la la la laaaaaaaah, la la la LAH!”

Whose idea was eggnog? And make sure to ask your host whether those cranberries consented to being made into a sauce.

If money’s tight, avoid the expense of buying presents by making your own. Your family and friends will treasure a personalised gift. Decorate a tired old picture frame by gluing on some of your toenail clippings and covering them in glitter. (Ed ~ or maybe just use the glitter?)

If the thought of trying to decide who to send Christmas cards to and what to write in them induces feelings of anxiety, tell all your loved ones that you’re making a donation to charity instead. People will be delighted to forego another piece of cardboard dropping through their letterbox in favour of supporting the Circus Clown Rehabilitation & Re-settlement Society. Plus, it makes you look like a freakin’ saint.

7. Have some alone time!

Go stay in a cave for a few days. Make sure it doesn’t belong to a troll by checking first for bones on the cave floor.

If all the caves in your local area are taken, tell your loved ones about your recent spiritual awakening and that, regrettably, you can’t spend the holidays with them because it is clearly stipulated in the Jedi Code that you most forego any and all personal relationships. Do they want to be responsible for driving you to the Dark Side? Spend Christmas Day reading Wookiepedia.

See you in January.