I was in a documentary alongside three other autistic people which aired in 2010. In one scene, the four of us are having a conversation. One person, Akasha, said ‘The amount of money I have been ripped off is getting close to $500,000’. The other three of us all nodded in a very knowing way. I’m not sure about $500K but I have definitely been ripped off a lot of money over the years. I have been victim of scams and cons, plus toxic and dangerous people have manipulated me and taken advantage of me in many different areas of life. In the worst of these incidences I ended up committing crimes and going to prison to please my ‘boyfriend’ because it took me so long realise he was a dangerous criminal. Sadly, none of these things are confined to my own experience. Many autistic people are on the receiving end of scams, confidence tricks, get taken advantage of and used and abused. This is the bane of existence for so many of us. I spent my teen years and early twenties feeling like I had a sign on my head that said ‘victim’.

Another issue is that some autistic people are very ‘nice’ and trusting. If we can’t imagine ourselves doing something dubious then we can find it hard to spot when others are doing something untrustworthy. Most people view others through the lens of their own experience, autistic and allistic alike. For us it can be hard to imagine that anyone could be toxic or manipulative because these may not be options that we have in our own interactions.

We may feel very socially isolated and lonely and, even if we know that our ‘friends’ are taking advantage of us, we let it slide thinking it is better to have a friend than not. This was a major factor in me getting involved with a criminal — he provided company and approval and I was desperately lonely and wanted to belong. This made me squash down my concerns to the point that I did dreadful things which were destructive to several people’s lives and were not things I would ever conceive of doing if I didn’t have the approving ‘friend’ that I wanted to please.

Another issue relates to assertiveness and boundaries. Autistic people can struggle with these but they are a key part of staying safe and avoiding being taken advantage of. If you can’t set boundaries or disagree with a ‘friend’ it is very hard to protect yourself from a range of poor behaviour from others.

Thankfully there are a few things we can do to help address this problem.

It is important to note that while building autistic people’s skills and strategies around self-protection is important, the problem is caused by the perpetrator rather than the victim. This is not autistic people needing to ‘fix’ some failing of theirs but a means to stay safe when faced with the problem behaviour of others.

Some strategies can include:

Issues around being taken advantage of can happen to anyone but autistic people experience it a lot. We have the right not to be ripped off and manipulated just like anyone else does. And if it happens, don’t blame yourself. Blame to perpetrator because they are responsible for their poor behaviour, but do use the experience and the tips in this article to hopefully avoid it happening again. We deserve so much better than being victimised. Everyone does. 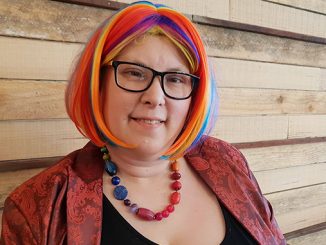