I believe that altruism is at the center of how civilizations managed to be successful. I don’t think humans could have survived long in self-serving society. There must be something in us that makes us care about more than just getting our own needs met, yet tales of cruelty, injustice and man’s inhumanity to man bombard us.

As an elementary teacher my life was deeply enriched by the beautiful souls that passed through my classroom.

Among one of those souls was a child so full of undaunted  joy , compassion and wonder who could not understand how people could be mean. Her realization upon encountering someone acting unkindly was to exclaim “what is wrong with people?”

Indeed, Ramsey, what is wrong?

One of my greatest struggles with understanding others is when I see an act that is so obviously wrong and I can’t find any reasonable justification; no matter how I examine perspectives it never makes sense.  I don’t mean those things that people do out of fear, or as sense of self-protection or misguided ideals; those actions have real justifications to those people.

It’s not that I can not understand what people might think, feel or experience, it is that I don’t understand why they hold onto beliefs in the face of facts. Having acted from my own place of fear driven anger, I know what it means to be unkind, what I don’t know is how others don’t examine their own motives.

In some situations where there are no obstacles to being kind through actions or even inaction, it feels like people choose to be unkind. That makes no sense to me, yet I don’t see others pondering this question. Nobody asks an adult, why do you have to be mean?  Is this just another of those beliefs of the neuromajority that it’s just what is “done”?

More perplexing is that once people are made aware of their motivations and erroneous rationalizations many then deny facts.  Shirking responsibility, they choose not to correct the unkind action, or at the least try to remedy the damage.

Many include a strong sense of justice in the list of characteristics of autistics. Some may link it to the issues with rigidity and black or white thinking and others to the childlike idealism that persists beyond all onslaught of reality.

My experience of this strong sense of justice among my autistic peers has been one of great dichotomy.

So many autistics are shamed for what is labeled a lack of empathy. It seems some accept thoughtlessness as just part of the self-absorption of autism.

While I do see many in the autistic community who struggle with exteroception to the point that they are oblivious to how others could be hurt by their actions, they are not in the majority so much as they stand out. How can so many of us express that we have trouble with feeling too much empathy as to have it paralyze us and yet be characterized so often as unempathetic?

My understanding of the nature of good and evil evolved.

To reconcile this, I eventually landed on the belief that nearly everyone wanted to be seen and judged as being a good person but that good people can do bad things.

I wanted to know why people who wanted to be good, didn’t try so hard like I did. It wasn’t until very recently that I realized people justify unkind actions as to never feel responsible.

I knew I did things in anger, in fear, and because I thought they were for a greater good, or because I just didn’t think others would be hurt. Anytime I became aware of having hurt someone I felt terrible remorse. This was such a painful time, until I learned how to justify my actions.

Rationalizing absolved me of the responsibility; but it did not make me feel better. I still struggle today if I ever hurt anyone.

I learned from teaching that kids who blamed others for their own behaviors were always the most miserable. Phrases of “He made me do it”, “she did it first” “other people did it and got away with it” were the most common excuses given for bad choices. This mirrored the rationale of the most miserable adults.

I decided that these kids were miserable because they had capitulated their power and their sense of autonomy. By not taking responsibility for their own actions they became powerless; they never saw the empowerment of owning responsibility.

Once seeing this truth, I thought if adults were shown how their rationalizations were not really true, they would work to make this connection to being unhappy and reclaim their autonomy.

We don’t have to continually hurt people in the same ways once we know how it is happening. Why do people choose to continue?

I know all the so called reasons, rationalizations, and excuses and I just don’t buy into that.  Perhaps it’s my black or white thinking that truth is truth and facts are facts in a world where people don’t check their emotional baggage at the door.  Perhaps that ‘lack of empathy’ I am supposed to have as an autistic makes me more capable of seeing all the rationalizations as the load of excuses for bad behavior that they are. 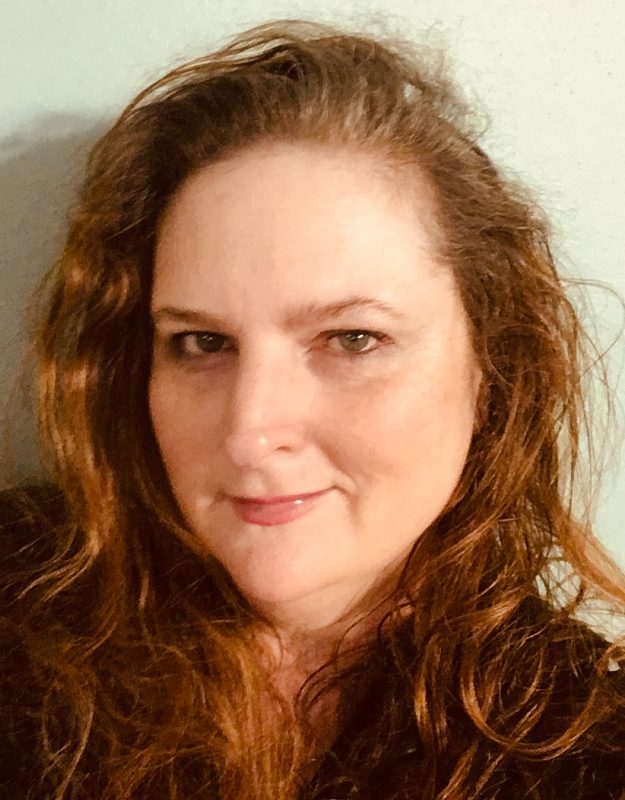 Janine is a 53 year old retired art educator living a life of paradoxes.

The longest running paradox is her marriage to her impossibly opposite neurotypical soul mate who rescued her with unconditional love.

Her mother role has shifted to the cheering section as her 22 and 20 year old amaze her everyday with their individuality and independence.

After a lifetime of challenges, utter defeats and resurgences, the stroke of fate in the form a flood swept away her tattered chameleon mask and gave her new life with an autism diagnosis at 51. Armed with the knowledge that she was not a failed neurotypical but that the social construct established by the neuromajority has failed her, she writes because she needs to change things. Sharing her insights as she learns to live authentically, she hopes her vulnerability will help others heal and foster appreciation for different ways of being.