We often hear about autism in men, but rarely in women.

SBS The Feed, looks at three different generations of women living with autism and how the stigma of the condition is amplified.

We often hear about autism in men, but rarely in women. The Feed looks at three different generations of women living with autism and how the stigma of the condition is amplified by gender.

More than 200,000 Australians have autism. It’s diagnosed four times more in males than in females and some experts in the field believe this reflects a failure of diagnostic processes rather than a natural imbalance. They say girls with autism are often misdiagnosed, sometimes with damaging results.

Danuta Bulhak-Paterson, a psychologist who specialises in autism spectrum disorder (ASD), believes that imbalance is solely caused by the diagnostic tools.

“The problem with the current methods is that the actual testing tools that have been devised are based on male presentation,” Dr Bulhak-Paterson said. “[Women] naturally have a bit more of a connection socially and emotionally, so they are much better at masking their difficulties.

“In terms of the proportion of females to males with ASD, if you’re knowledgeable and experienced with the females on the spectrum, and you know what to look for, it would almost be one to one.”

One of the girls Dr Bulhak-Paterson diagnosed was Connie, whose personal details cannot be published for privacy reasons.

“I was watching Connie do ‘girl play’…she had the Barbies and she was making a story with them. She set up a pool and then she put them all around it in a position so that they were ready to talk. Then she went and left the game,” she said.

“I came up and said, ‘What’re they doing, are they talking to each other?’ [She said] ‘No they are in the pool.’ And it suddenly struck me that although she looked like she was doing imaginative play that is normal for a girl, it stopped at the very surface of it. It was a veneer.”

Connie herself remembers her diagnosis. “I remember that conversation. I don’t really mind. At first I did think ‘I’m different and this is bad’ but after a little while I realised I’m the same as everybody. I just act a different way. It’s fine that I’m different.”

Barb, a 46-year-old woman with ASD, says her passion for motorbikes has helped her cope.

“I’ve got my big black motorbike jacket on, and my boots…I found a way to put a wall up from people that I got bullied from at school,” she said.

“Some of the coping mechanisms to fit in well throughout my life, not just throughout my childhood, is pretending to be someone else. This chameleon factor is something that a lot of us girls do because we want to fit in with the group and society in general.”

“So if I’m with a bright and bubbly person I will try to be funny. The more information we have, the more we can change with our surrounding, the more we are accepted.”

Dr Bulhak-Paterson said common traits in females with ASD were similar to those in males, including difficulties with social interaction.

Barb’s partner, Paul, also has ASD. “Seeking a diagnosis only came about after being with my partner Paul, and seeing these quirks and differences in Paul.”

The differences in Paul and Barb’s process of diagnosis were marked.

“My diagnosis was fairly quick,” Paul said. “The psychologist said [it was] plain as the nose on my face. That was it, the formal paperwork and the written diagnosis got done.”

Barb’s was a far more complicated and painful process. “Going through being a woman, we don’t tend to stand out, and trying to explain you have these difficulties…you go through different points but because you can sit there and talk and present. After 40 years of trying to get to that point, they tend not to accept that. I ended up being misdiagnosed with bipolar disorder.”

Dr Bulhak-Peterson said common misdiagnoses included “borderline personality disorder, bipolar, due to the difficulties with regulating their emotions, and quite often anxiety and depression.”

Autism is often found in multiple members of the same family across generations. A growing body of evidence suggests there is almost certainly a genetic link, but an autism gene is yet to be identified.

Despite never being diagnosed, Barb is fairly sure her mother had ASD. “My mother, Marina, found it very difficult to socialise with people…she was like caught up in her own world. This difficulty in connecting to people was quite detrimental to her as well. She had this massive meltdown, and the next thing I saw was her strapped in this bed chair thing and being dragged down the stairs, and put into an ambulance. And I just watched her go.

“If they had the tools for women and diagnostic procedures as they do now, my mother would have had a far more fulfilling and accepting life as well. She would never have gone down the track of nearly 15 years institutionalised and the trauma not just herself but her family.”

Dr Bulhak-Paterson said that as awareness of the disorder was growing, more women were ringing up with referrals. “Quite often it’s after one of their children had been diagnosed,” she said. “They’ve researched the condition and they’ve related, and have said, ‘Yes this is me, this explains my difficulties. I really want to understand myself better’.”

Anna is one of the women who sees similarities in the behaviour of herself and her daughter. “I started to realise that there was a reason for how I felt when I was growing up. I have always felt like someone hadn’t told me the rules,” she said.

“I’m comfortable with saying that I think I’m on the spectrum as well. I accept myself very differently now. I’m much kinder to myself and I no longer have that sneaking thought in the back of my head that I’m a failure.

“I think it’s changed my life for the better immensely. It’s made me a much better mother.”

Anna also suspects she also had a family history of ASD. “My life would have been different if my parents had been diagnosed. Let alone me.”

“I look at Connie and wonder about her future. If you find someone who loves you and accepts you, and you love and accept them. To me, that’s a good life.”

Barb was diagnosed with Asperger’s Syndrome at 40 and said the diagnosis set her on a new path.

“To finally have this clarification and validation that I can be quirky, I can be different,” she said. “I can stop trying so damn hard to fit in with society.”

Reproduced courtesy of SBS The Feed 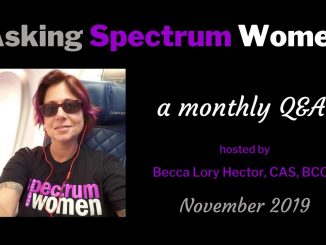 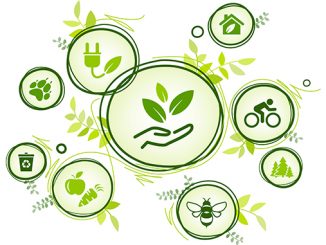