“Smile,” “look, natural, Jen,” “stop making funny faces,” “stop moving,” “look at me.” Those were just some of the things that were said when I was younger. This didn’t just happen when my photo was being taken, it also happened whenever someone wanted to get my attention. I did not even realize my idiosyncratic body language/movements or facial expressions (or lack thereof), and was actually doing what came natural to me at the time, whether it was zoning out or looking perpetually astonished like the proverbial deer in the headlights (those are just a couple of examples).

To further confound others, I would also do these sorts of things either to be funny or seek attention, because all kids do. Still, for the most part I honestly had no damn clue about coming off so odd to others. I was just living inside my mind to ward off sensory overload and general discomfort from the world around me, doing what felt and came natural, be it a stim or a face that contradicted inner feelings, not really caring all that much about what others thought about it. Of course I became more aware once other kids started making fun of and ostracizing me (‘you’re weird!’) where I began the art of observation and imitation of looking less autistic to prevent myself from being singled out, as I have written about elsewhere.

Over the years, I became more conscientious of how I present on the outside, although I still can be a bit of an anomaly and hard to read at times (I even confuse myself, no joke). An aspect of my true nature, I suppose. As an adult I am less inclined to make the exaggerated facial expressions, but they can still make their appearance. I have seen other autistic adults unconsciously do it too, so it’s common for us. For the most part, I have my ‘resting bitch face’ on display. I absolutely love this term, recently popularized by internet memes, because it describes how one’s outer expression usually has nothing to do with negative emotions like anger or hostility, but often means one is thinking deeply about something and is alone with their thoughts. Although I have perfected that face, I am continuously striving to have a more neutral expression because it makes me more approachable to others. However, on days when my inner dialogue has gone on vacation, I will forget to remind myself how to be around others, and could give Oscar the Grouch a run for his money.

It can be difficult to maintain a neutral expression when it is not second nature. That is something non-autistic populations need to respect. We try so hard to keep them comfortable, often discounting our own comfort needs which in a lot of cases can lead to burn out and other horrible things, which are a whole other topic.

Constantly, as an employed person who works with others, I still have to think about how I am appearing on the outside in order to get by, which takes an enormous amount of emotional energy. While non-autistic people do not have to even think about these things in passing, we do. Every single social situation requires that I regularly check in with myself. How am I speaking? How am I sitting or standing? Dammit, am I crossing my arms again?! Slouching? Am I giving the appearance of attentiveness and eye contact, in spite of the fact that looking away makes it easier for so many of us to fully comprehend and hear what the other person is saying? So many queries, and recurrently I have to be tuning into other things while still shifting gears and checking in with myself to make sure I am giving off the impression that I am being ‘socially acceptable’ to the neuromajority. It is no wonder the end of the day is usually a write off and I experience a lot of burn out.

There are some days where being aware of myself are easier than others and there are a number of factors that contribute to it, which is a far-reaching and ongoing mental list. This is a continual work in progress, even when you have a strong sense of acquired self-awareness and identity as an autistic person. I believe I will never have the natural ability to display non-verbals like others, but that is okay. As long as I am gentle with myself and do what I can when I can, that is what really matters in the end. And to all the other autistic people working to thrive in a society that is not meant for any of us, love and solidarity! I hear you and I see you. 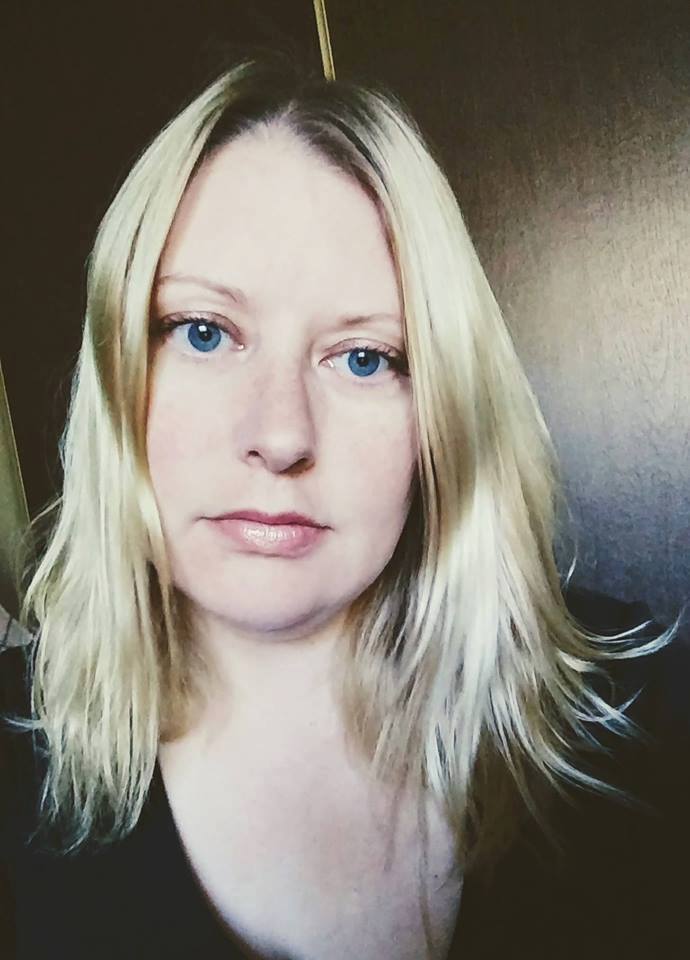 Jen was diagnosed with Asperger’s Syndrome in 1998, back when very few people were diagnosed, let alone females. She has devoted her life to supporting and mentoring children on the spectrum. She currently works as an Education Assistant for the public school system, and as an assistant caregiver at a small daycare. Jen also runs an online support group, has written articles for AAN magazine, and is a lifelong music fan, especially metal and classic rock. Jen lives in northern British Columbia in Western Canada with her two ball pythons.