This is a piece about mental illness and autism. It was quite difficult to write as it looks at issues of discrimination and exclusion from some parts of the autistic community. While it may be uncomfortable, issues like this need to be raised so we can address them.

The name of my personal blog is Jeanette Purkis: Thoughts on All Things Autism and Mental Health. Occasionally I get a comment saying ‘Autism is not a mental illness.’ Cue someone very carefully and painstakingly setting me straight on something I apparently don’t know — that autism and mental illness are not that same thing. As I have a diagnosis of atypical schizophrenia in addition to my autism and have been speaking and writing on this topic for years, I am actually quite well across this sort of thing! Other comments I have had, have been much less respectful and are indicative of what I think is a very problematic view — that autistics with mental illness shouldn’t ‘pollute’ the more ‘pure’ autism with their dubious mental health and apparently unpredictable thinking and behaviour. The other one which relates to this is the view that there are no autistic people with a mental illness at all and that saying that we do is insulting and disrespectful to autistics. As an autistic person with a mental illness, these views of their essence exclude me and everyone else in a similar situation.

A number of research studies show that the prevalence of some mental illness conditions is significantly higher for autistics than that for our non-autistic peers. This is particularly the case with anxiety and depression, but we also can have other mental illness conditions like bipolar or schizophrenia. This can be a little confusing though as a lot of autistic people receive an incorrect  mental illness diagnosis instead of the correct diagnosis of autism. The conditions that the misdiagnosis tends to be is schizophrenia for men and borderline personality disorder for women. A person can also be autistic and have a correct mental illness diagnosis. And just to confuse things further you can  be autistic and actually have one of those commonly misdiagnosed conditions of schizophrenia or borderline personality disorder in addition to your autism! 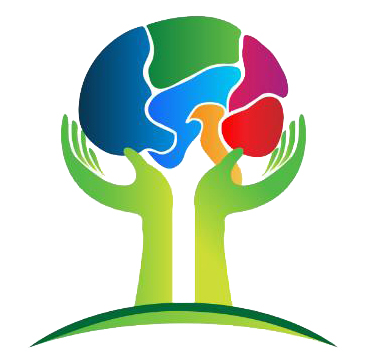 For autistic people with mental illness life can involve a number of difficulties and challenges and a lot of these focus on people not understanding autism — especially mental health clinicians who often have a very limited understanding. Autistic people in clinical settings such as psychiatric wards in hospitals and community mental health clinics can come up against some really scary and disempowering experiences. Misdiagnosis is a common one, as is feeling — and being — institutionalised and disempowered, being victims of violence and / or inappropriate behaviour from others, inconsistency in treatment or treatment which is actually dangerous, hyper-empathy — meaning that someone picks up on the misery or anger of every person in the ward — unaddressed sensory issues, difficulties speaking up and, in my experience at least, being singled out by staff members who are bullies (although I should note that nursing and other staff in hospitals usually do a good job).

People with mental illness face huge amounts of stigma and discrimination. They often don’t feel comfortable to talk about their mental illness to many people. Having a mental illness is still seen as shameful by many and something to hide away.

Autistic people with mental illness face a lot of barriers and bigotry. This brings me back to the first paragraph in this post: Some in the autism community sadly hold stigmatising views about mental illness. I don’t actually understand this. I have seen posts criticising people with a particular mental illness and recommending that people avoid them and people telling me extremely insulting things, including this doozy that ‘people with mental illness use it as a get out of work card’. I just don’t get this. It makes me very sad and disappointed that people who themselves experience stigma themselves as autistics would say such things. In my mind those in one oppressed group shouldn’t discriminate against those in another oppressed group. That is just common sense to my mind.

Exclusion like this hurts me. We have already been excluded as autistics so why do we exclude others? And what about people just starting out on their journey as ‘out’ autistics who have a mental illness? I have been doing what I do in the autism community for a very long time and am not about to stop any time soon but for people new to their identity and our community they may feel the need to hide their mental illness.

I don’t want people’s decision to ‘come out’ as having a mental illness within the autistic community to be a big issue due to fear of recriminations or criticism, not ever.

Stigma often comes from a lack of knowledge and understanding: A fear of the Other, but the Other in this case is people in our own community who have already faced discrimination. The autistic community needs to lead by example on this. To embody inclusion and respect, because it is the right thing to do and because people with mental illness face enough difficulties without experiencing discrimination from our own community.