As a child I was told I was a ‘tomboy’. I rarely wore skirts or dresses and was far more interested in toy trucks and cranes than dolls, which I was confused by. What was the point of plastic people and what was I supposed to do with them? I wasn’t interested in boys growing up and couldn’t understand why anyone would intentionally wear uncomfortable high heeled shoes. Makeup baffled me. It looked like clay on people’s faces and red lipstick just made them look like a clown — or, as I got older and knew about such things — my idea of what a sex worker looked like.

As a teen I had a shaved head and wore check shirts, Doc Marten boots and ‘boy’s’ jeans. My favourite item of clothing was the full length Polish army coat I purchased from a school colleague for the then princely sum of $20. I was frequently mistaken for a young man. I had no concept of gender identity but I didn’t feel like what I thought a girl ‘should feel.’

Years progressed and I put on weight mostly as a result of medication I take for schizophrenia. I couldn’t hide my big boobs and curvy figure. I started to wear bright colours and patterns — something which would never have happened in my twenties. I bought more than one pair of shoes; mostly Converse with quirky patterns, sequins and rainbows, and started enjoying wearing jewellery. But I still didn’t really feel like what I thought a girl ‘should feel’.

In my autism advocacy work I started to learn that autistic people are often gender divergent, non-binary or trans. I realised that I have not met a lot of autistic people who seemed to be ‘cis gender’ (i.e. closely aligned to the gender they are born with; having typically ‘female’ or ‘male’ expression). Most of us seemed to have a different experience of gender to a lot of neurotypical people. One of the reasons I feel so comfortable among autistics is the apparent difference around gender identity and the expression so many of us have.

I have always thought of my own gender as being ‘I am Jeanette.’ By that I mean that I occupy my own gender identity, neither cis male or cis female, but something unique to me. I have met a lot of other autistics who identify as non-binary gender or trans, and I imagine that maybe others may view their gender in a similar way to me.

I am not very good at feeling included. I often worry I am encroaching on people’s identity or falsely representing others. Until very recently, this has been the case when I talk about gender and also sexuality. While I am clearly non-binary gender and asexual, so I fit within the LGBTIQ beautiful rainbow umbrella, I have not seen it that way. I have avoided making commentary in case I didn’t have the right to! Last week I was talking with a great friend who is an autistic and trans activist. We both had recently presented as part of an event for the Other Film Festival. At the event there was a question about gender which I answered and then felt I shouldn’t have, thinking I did not ‘properly’ belong to the LGBTIQ community. I mentioned this to my friend saying how I felt I shouldn’t have spoken on gender. She said ‘But you’re gender divergent too Jeanette’, and the notion of my identity stuck! So a big thank you to my friend because she gave me a wonderful thing — a sense of belonging in relation to my gender. I am still excited thinking about the possibilities that this offers. 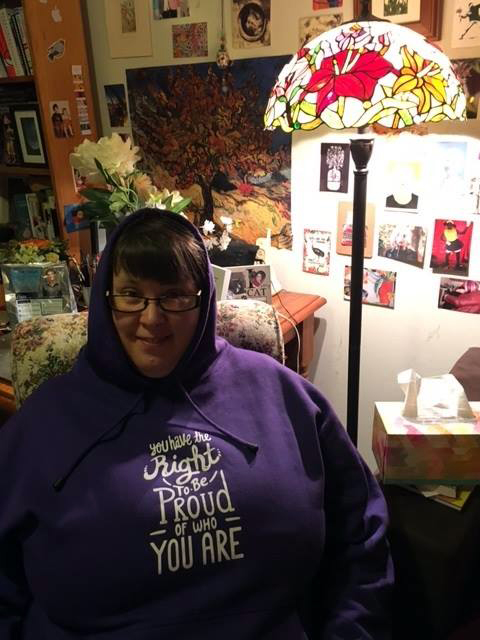 Some thoughts on gender

Gender and sexuality is not the same thing. Sexuality is your sexual expression — what partners you are drawn to, whether you are interested in sex or asexual, whether you are drawn to a partner’s gender or those from all genders, that sort of thing. Gender is about your identity, your sense of where you fit on the full spectrum of gender. Gender isn’t really about genitals or male or female sex characteristics.

There is a huge amount of prejudice against people who are gender divergent, non-binary and/or trans. Violence is at absolutely appalling rates and bullying for gender divergent people can result in mental illness and suicidal ideation. I don’t understand why people act like this, but it is a huge issue. There is no acceptable justification for discrimination and violence against people for their gender expression, sexuality or anything else.

Some thoughts on autism and gender and sexuality

Contrary to what a lot of people seem to think, autistics are frequently sexual beings. While some are asexual, like me, most are not. Autistic people have the full range of sexual expression that neurotypicals do — lesbian, gay, hetero, pansexual, bi etc. Autistic people and disabled people generally have every right to express their sexuality with consenting adult partners, just like anyone else does.

There is growing evidence that gender divergence and autism are linked. This is an area to watch but I find it very interesting given my encounters with probably thousands of autistic people in the last 12 years.

Young people in particular can be bullied and harassed as autistics as well as for their gender expression and/or sexuality. As such, it is very important for society and individuals to be supportive and respectful in making acceptance and respect the ‘norm’.

Things like using the correct name and pronouns for someone are NOT meaningless ‘political correctness’. They are actually showing respect to that person. Similarly, misgendering trans people (i.e. calling by the wrong name or pronoun) can happen accidentally, especially if you knew the person before they transitioned. In this instance most people will understand if you apologise and remember not to do it again. However deliberately misgendering a trans person is highly offensive. Imagine if I met you and introduced myself as Jeanette and you said ‘Nope. I don’t like that name for you. I’m going to call you Pixie-Ann’, and then you proceeded to call me Pixie Ann from that point on. Plus, adding to this scenario a long history of discrimination and bullying which comes straight into my mind every time you call me Pixie-Ann. So basically, don’t ever do that.

Gender identity is often not clear cut and people do not generally start out with a fully formed notion of their gender identity. I have a friend who transitioned from female to male in his sixties. This is not desperately unusual, as for many people the only notions of gender they were aware of in their formative years were male and female and the possibility of transitioning was not widely known or discussed. For me, as a non-binary person, I only knew what that meant a few short years ago, and it took even longer for me to be aware that is a description which applies to me.

While gender can be a contentious thing, it really just boils down to how people understand and express their identity and right to be the person they want to be, plus to be respected and supported by those around them. Even if something feels unusual to you, it is not your identity. This kind of thinking aligns with Neurodiversity and Autistic Pride as well, with the idea of ‘different not less.’  My parting thought is that the definition and expression of identity belongs to the person whose identity it is. 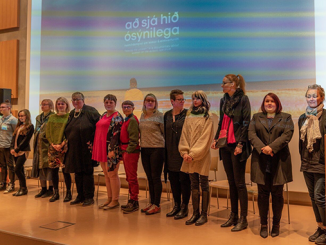 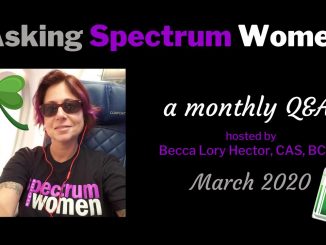