I was diagnosed with Asperger syndrome in 2007 at the age of 38. I was already a mother of five children when I received my diagnosis. The process was not straightforward and it followed on, as is quite common, from one of my son’s diagnosis of Asperger syndrome.

Two years later I was pregnant with my youngest child. As I had my diagnosis I decided to use Mr. Google to see if I could connect with other autistic, pregnant women. Unfortunately, the results returned were not exactly what I was looking for. If you type in pregnant + autistic you get a range of information telling you what “causes” autism and what you shouldn’t be doing when you’re pregnant if you don’t want to be at “risk” of an autistic child, e.g. drink too much coffee, take too much paracetamol, take too little vitamin D, breathe! Not exactly what I was looking for and not really rooted in very much truth or research.

I continued with my pregnancy and began developing the initial idea for what would become the first book about pregnancy and how autistic women may experience it: From Here to Maternity. During my pregnancy I realised that the professionals I encountered, from midwives to health visitors, were not aware of autism in females and how it can present during pregnancy. I made it my mission to change this.

Over the past five years things have moved forward, not as quickly or as much as they should have done, but any progress is positive. The Guardian recently published an article discussing a “hidden pool” of undiagnosed mothers emerging with autism. The article touches on autistic women being at risk of having their children forcibly adopted as social workers misinterpret autistic traits as indicating possible harm to the child. Alarming to read, but actually very true.

Many autistic mothers have a high level of intelligence. Like a large majority of autistic males and females, we also have a highly inquisitive nature and a need for knowledge. This can mean researching our children’s undiagnosed autism and presenting comprehensive information and using medical jargon to professionals.

Unfortunately, as mentioned in the Guardian article, most professionals are unaware of this possible presentation of autism in mothers. This can lead to women being accused of Fabricated Illness Syndrome (FIS). Obviously, safeguarding of children is every professional’s responsibility and this must be the primary concern. However, FIS is quite rare and often involves physical symptoms being exaggerated and test results being manipulated. This should not be the first conclusion jumped to.

I am not an academic or researcher; I am an autistic woman, mother, wife and professional. I am not concerned with what causes autism; I am concerned with the practical support for the autistic community and their families. In 2015, I began a closed Facebook group for autistic mothers. I expected to have quite a small group with about 10 members whom I know through my talks at conferences. I am beyond proud to say that, less than a year after the group began, we now have 140 members.

The reason for establishing this group was to offer a safe forum for autistic mothers to discuss their lows and also their highs. Many have autistic children but the group is not a place to discuss them, there are many other groups for that. This is a closed group where we can talk about things in a safe space with peers who understand and don’t judge. I have finally found the peer group I was searching for in 2010.

Motherhood throws you into situations that can be difficult and very often unavoidable. From the antenatal groups to the school gates we are placed in situations that we may find uncomfortable. Before my diagnosis I raced through motherhood with anxiety levels that eventually propelled me to my first (not last) breakdown. Through this time, I constantly visited the GP to ask for help. I was sent away with patronising smiles and being told that it was just part of motherhood. This was also wrong. Yes, motherhood is stressful, life is stressful but it shouldn’t send you to the depths of depression that I was experiencing.

I began a relay between medics who implied that I was struggling because I was defective. Only when I received my diagnosis did I realise what the problem had been all along: a lack of awareness and support for my autism. 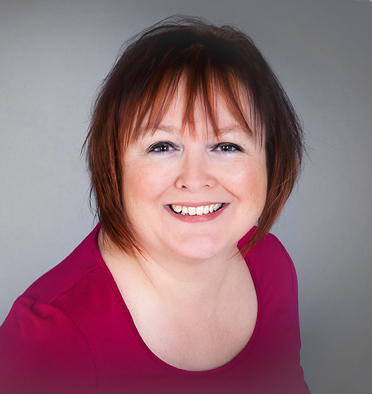 Specialist advisor and advocate for people with autism and their families. I have worked within the field of autism for nearly twenty years. I have a diagnosis of Asperger syndrome which I received in my late 30’s.

I am also a parent of children on the autism spectrum. I am experienced in supporting and educating young people with autism from 3 years into adulthood.

I specialise in autism and females and my debut book “From Here To Maternity, pregnancy and motherhood on the Autism Spectrum” was published in March 2015 by Jessica Kingsley publishers.

I am based in South Staffordshire and I am the mother of six children.

I am also available for talks, training and keynote speeches particularly around autism, females, pregnancy and motherhood.

I am also a trained birth partner (doula) specialising in supporting pregnant women on the autism spectrum and their partners.