My childhood and early adulthood was characterised by my friends – either the fact that they were absent or inappropriate or downright dangerous. I never had a peer group. In fact I was so devoid of suitable friends that I found myself taking on belief systems and attitudes just to be accepted by one dodgy peer group or another – revolutionary socialists, criminals, drug addicts – I wanted so much to belong to something that I didn’t seem to mind how negative or unpleasant membership of that peer group might be. I lacked a genuine culture. I felt so isolated that it hurt. I was all alone in a scary world where nobody seemed to have any idea what begin me was like.

From starting life as a confident, happy and intelligent little girl, bullying, victimisation and abuse – and simply a lack of having anyone who understood me – left me angry, filled with self-loathing and feeling that nobody would ever love or value me for who I was.

Sadly my story was not the only one of its kind. Many other young people – particularly those on the Autism spectrum and those with a traumatic past – end up feeling worthless and alone,

For me thankfully, this picture changed. Today brought home to me how amazingly lucky I am in terms of my friends and peers. I was due to catch up with some friends for afternoon tea. One friend – we’ll call her Ellie (because I haven’t asked if it is OK to talk about them in this blog) lives locally and the other (let’s call him Jim) is from interstate. Both of them belong to the peer group I am proud and happy to belong to – Autism advocates and Autistic people ore generally. There is a great group of us here in Australia and we all know one another. We speak at the same conferences, belong to many of the same Facebook groups and often have quite similar perspectives on certain things. And a lot of my friends in this peer group have emerged from social isolation and low self-esteem themselves. I feel safe with my Autistic friends. Most of us want to support others to succeed and be happy. Of course there are rivalries and disagreements – we are human after all – but I find a great sense of common purpose and fellow feeling. 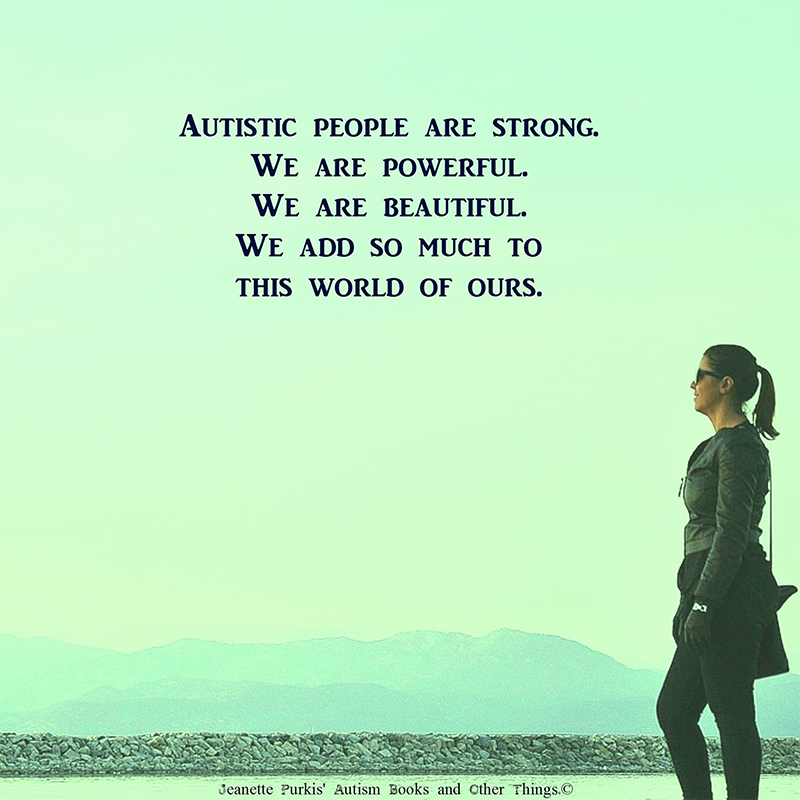 Today something happened which most of my friends don’t see. I had a bit of a meltdown. In front of other people. This is a rare occurrence – I usually save up such things for when I am home and the only witness is Mr Kitty. This is not due to shame or hating myself for these things. More it is because I want to spare my colleagues and friends an upset and angry me. But today was different. I have been a little unwell in the mental health sense of late so anxiety has been a challenge for me. Today the anxiety of getting a piece of recalcitrant technology to work was too much. The funny thing was the difference in reactions from my friends and others who have seen me in similar circumstances. With others – particularly mental health workers – a meltdown would result in a lot of pathologising and administration of medication. It would be seen as evidence that I couldn’t manage my own health and might need a stay in hospital. But tonight, both friends helped and there was no judgment. Because why would there be? Most Autistic people know exactly what is going on in such situations and there is no need for judgement. It is just a case that Jeanette’s brain has too much stimulus or input. She will work through it and it will be OK.

This is one of the many reasons I feel at home with Autistic people. Among my friends – particularly my close friends – almost everyone is on the spectrum. This is my culture. Which gets me onto a slightly more advocacy-related point.  When I was a child, a teen, a young adult, my life would have been very different I think if I had understood where I fitted in this map of belonging. I was diagnosed at 20 when I have lived 100 lifetimes of misery already. I was a very ‘old’ young person – as are many others on the spectrum. I can’t nip back in time and furnish my girlhood self with a diagnosis but I can work to ensure today’s children, teens and young adults on the Autism spectrum don;t have to join socialist, criminal, druggie or whatever other damaging peer group. When I stand on stage – every time I stand on stage – I am speaking to my 16 year old self metaphorically. I hope that our young people find their ‘home’, where they belong and I feel that the Autistic peer group can be a very good start.

I am so blessed to have the friends I do, the life I do.